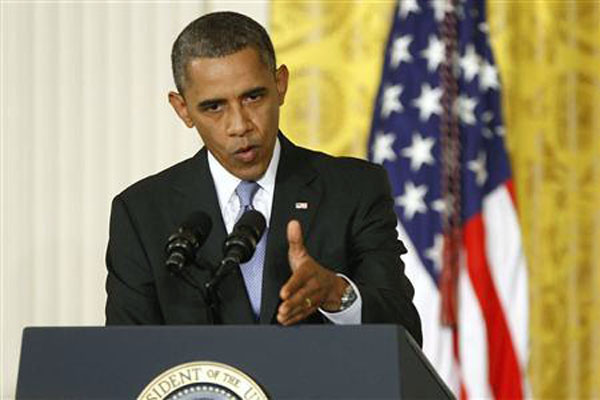 Obama and other administration officials have been preparing for a push to gain public and congressional support for a strike on Syria, with Senate scheduled to begin debating a limited intervention on Monday and a vote expected as early as Wednesday. The House will most likely wait for the Senate to act as President Obama is set on Monday to sit down for interviews with half a dozen broadcast and cable networks. On Tuesday night, Obama will deliver a national address as a growing number of lawmakers, including fellow Democrats, oppose the use of force while the American public did not appear convinced yet by Obama's argument that action is needed to deter the future use of chemical weapons. House members are either opposed to, or leaning against, his plan for a US military strike against Syria by more than a 6-1 margin, according to a survey conducted by the Associated Press. Nearly half of the 433-member House and a third of the 100-member Senate remain undecided.

House Speaker John Boehner's spokesman Brendan Buck signaled the pressure on Obama to secure enough votes in the House, adding in a statement, "Only a president can convince the public that military action is required. We only hope this isn't coming too late to make the difference."

The US accuses Syrian President Assad's forces of killing 1,429 people in an August 21 sarin gas attack on the outskirts of the capital, Damascus.