Barack Obama defended America’s controversial drone attacks as legal, effective and a necessary, but he said the targeted strikes are no “cure-all” 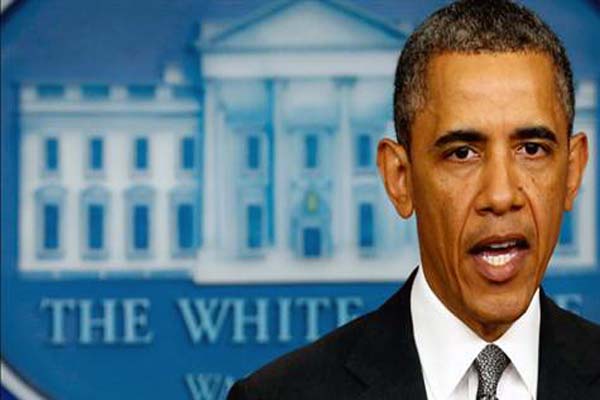 President Barack Obama on Thursday shifted the United States away from a "boundless global war on terror," restricting deadly drone strikes abroad and signaling that America's long struggle against al Qaeda will one day end. In a major policy speech, Obama narrowed the scope of the U.S. targeted-killing campaign against al Qaeda and its allies and took new steps toward closing the Guantanamo Bay military prison - controversial elements of the U.S. counterterrorism fight that have drawn condemnation at home and abroad. "Our nation is still threatened by terrorists," Obama said at Washington's National Defense University. "We must recognize however, that the threat has shifted and evolved from the one that came to our shores on 9/11." After launching costly wars in Iraq and Afghanistan, the United States is tiring of conflict. Polls show by large margins that Americans' main concerns are the economy and healthcare. Faced with criticism about civilian casualties in attacks by unmanned aerial vehicles, Obama said the United States would only use those drone strikes when a threat was "continuing and imminent," a nuanced change from the previous policy of launching strikes against a significant threat.

Under new presidential guidance signed by Obama on Wednesday, the Defense Department will also take the lead in launching lethal drones, as opposed to the current practice of the CIA taking charge.

That would subject drone operations to more scrutiny from Congress and might lead to the Pentagon taking over drone operations in Yemen, but not in Pakistan, where the CIA is likely to continue to run the program.

With al Qaeda chief Osama bin Laden killed in a U.S. raid in 2011, a number of the group's top members taken out in drone strikes, and the U.S. military role in Afghanistan winding down, Obama made clear it was time for a policy shift.

"Beyond Afghanistan, we must define our effort not as a boundless 'global war on terror' - but rather as a series of persistent, targeted efforts to dismantle specific networks of violent extremists that threaten America," Obama said.

Now in his second term and with no need to worry about re-election, Obama appears intent on confronting human rights and civil liberties challenges that threaten to stain his legacy.

Those include the Guantanamo prison at the U.S. Naval Base in Cuba, where more than 100 prisoners are on hunger strike and dozens are being force-fed to keep them alive.

Obama said he would lift a moratorium on sending Yemeni detainees home, appoint a State Department coordinator and work with Congress to break a deadlock over the camp where most prisoners have been held for more than a decade without trial.

Human rights groups mostly welcomed Obama's assertion that America could not remain on "a perpetual war-time footing," but some activists said he was not going far enough.

"Our systematic effort to dismantle terrorist organizations must continue. But this war, like all wars, must end. That's what history advises. That's what our democracy demands," Obama said.

Republican opponents accused him of giving in to terrorism.

"The president's speech today will be viewed by terrorists as a victory. Rather than continuing successful counterterrorism activities, we are changing course with no clear operational benefit," Senator Saxby Chambliss from Georgia said.

Although the number of drone strikes has dropped in the past year after peaking in the middle of Obama's first term, the use of remote-controlled aircraft to attack - and the civilian casualties that have sometimes resulted - has increased tensions with countries such as Pakistan and drawn criticism from rights activists.

The New America Foundation's widely cited drone attack database shows there have been 355 drone strikes in Pakistan's tribal regions since 2004 and more than 60 in Yemen since 2009.

Pilotless aircraft are increasingly playing a role in the armory of the United States and other countries. The U.S. Navy made aviation history on May 14 by launching an unmanned stealth jet off an aircraft carrier for the first time, with an eye on possible rivals like China and Iran.

Obama suggested the possibility of creating a secret court to oversee counterterrorism drone strikes, but he left it to Congress to decide on that.