Obama and Rasmussen to discuss Afghanistan

NATO and the United States prepare to withdraw most troops from Afghanistan. 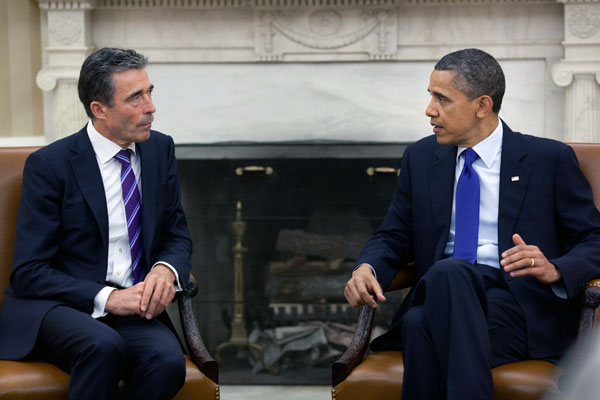 US President Barack Obama will meet with NATO Secretary General Anders Fogh Rasmussen at the White House on Friday to discuss Afghanistan, White House spokesman Jay Carney said on Tuesday. The meeting comes as NATO and the United States prepare to withdraw most troops from Afghanistan, ending a lengthy war that began after the Sept. 11, 2001, attacks on the United States. More than 60,000 U.S. troops are still in Afghanistan. Obama is due to announce in the coming weeks how many combat troops the United States will leave in the country next year, and how many forces will stay behind to train and support Afghan forces and carry out some operations. "The President looks forward to discussing global and regional security concerns with the Secretary General, to include ending the war in Afghanistan while building an enduring partnership with the Afghan government," Carney said in a statement.