in White House, US president and UK prime minister pledge to work together to increase pressure on Assad regime. 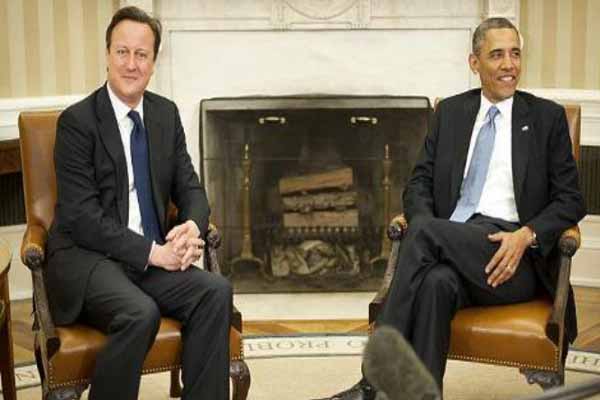 US President Barack Obama says he and British Prime Minister David Cameron have agreed to "increase the pressure" on Syrian President Bashar al-Assad, with the aim being Assad's departure. Obama and Cameron addressed the media after a meeting between the two leaders in Washington on Monday. "We're going to continue our efforts to increase pressure on the Assad regime, to provide humanitarian aid ... to strengthen the moderate opposition and to prepare for a democratic Syria without Bashar al-Assad," Obama said. Al Jazeera's Patty Culhane, reporting from Washington DC, said that while there was a lot of talk in local media about the possibility of arming the rebels, there were concerns about which country was arming which Syrian rebel group. She said it would be a tough battle if the Obama administration decides to arm the rebels.

Cameron said he ruled out tougher action in Syria but pledged to double non-lethal aid to Syria. Our correspondent said there was no real change in position from the statements made by the two leaders. She said the Obama administration is under a lot of pressure as some rebels groups are believed to be linked to al-Qaeda. Obama has also said publicly that the use of chemical weapons would be the "red line" that would have to be crossed for the US to reconsider its position.

Cameron, fresh from a trip to Moscow, one of Assad's few remaining backers, said the US efforts that had convinced Russia to join a conference on a political transition in Syria were a significant step forward.

He told National Public Radio that John Kerry, US secretary of state, made a "real breakthrough" in talks with Russian President Vladimir Putin "when they agreed to an American-Russia peace conference".

Cameron also said that Putin was "keen now to move from the generalities of having a peace conference to talking through the specifics of how we can make this work.