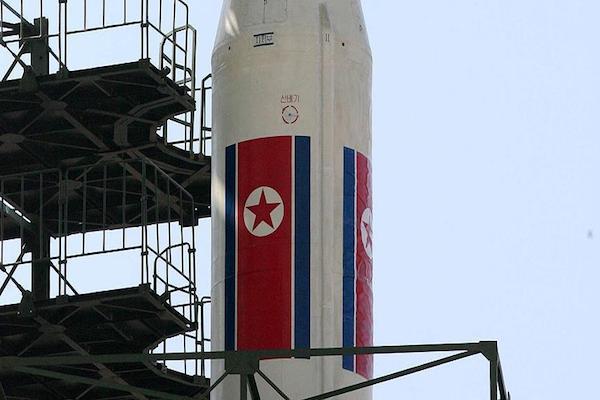 The reclusive state’s foreign ministry issued a statement suggesting Pyongyang is only able to hold off a U.S. attack thanks to having nuclear capabilities. Blaming Washington’s push for stronger sanctions and military posturing, including spring exercises with South Korea, the North’s statement claimed “U.S. aggression hysteria has never reached such a height and the situation on the Korean Peninsula has never inched close to the brink of nuclear war as in the period of the recent drills”.

The ministry pledged to “speed up at the maximum pace the measure for bolstering [North Korea’s] nuclear deterrence,” according to the country’s official KCNA news agency. On the other hand, U.S. President Trump on Monday said he was open to the idea of meeting North Korean leader Kim Jong-un. "If it would be appropriate for me to meet with him, I would absolutely, I would be honored to do it," Trump told Bloomberg News. Addressing the president's remarks, White House spokesman Sean Spicer said conditions for a meeting "were not there yet".

Speculation continues to build over North Korea possibly carrying out a sixth ever nuclear test despite being barred from doing so by the United Nations Security Council. The U.S. appears to be trying to dissuade the North by deploying an aircraft carrier group and nuclear-powered submarine to the peninsula, but analysts are also suggesting Pyongyang could wait so as not to disrupt liberal frontrunner Moon Jae-in’s high chance of winning South Korea’s May 9 presidential election. North Korea would be expected to achieve greater cooperation with the South if there is a shift to a left-leaning government as indicated by polls.