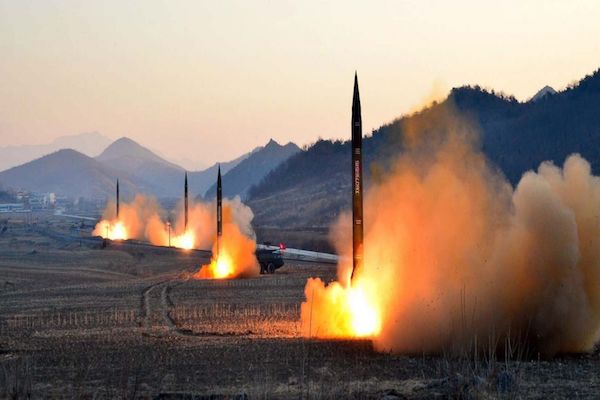 Earlier the US said a missile landed in the Sea of Japan but that it did not pose a threat to North America. North Korea has increased the frequency of its missile tests, raising tensions. An announcement on North Korea state television said a Hwasong-14 missile was tested on Tuesday, overseen by leader Kim Jong-un. The announcement said the projectile reached an altitude of 2,802km (1,731 miles) and flew 933km before hitting a target in the sea.