No to more war and a new bombing campaign in Syria 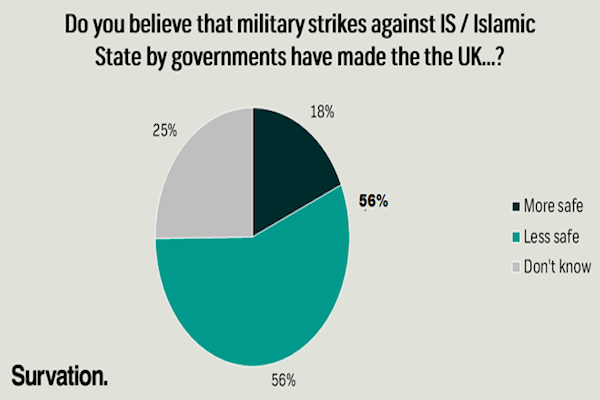 The terrible attacks in Paris have led some people to say that something must be done to stop terrorism. But the 'war on terror' launched 14 years ago has resulted in failure, as Chris Nineham explained at last week's Stop the War steering committee meeting. And the wars continue in Afghanistan, Iraq and Libya, while terrorism has grown.  A decade and a half of pitiless "war on terror" in the Middle East and in Northern Africa has resulted in the death of millions of people. The "shock and awe" bombing of Baghdad in 2003 unleashed an explosion of fundamentalism in the entire region. Iraq, Afghanistan, Libya, Syria and Yemen are all still in flames. The idea that more bombing is going to produce peace is intellectually and morally bankrupt.

Jeremy Corbyn was right to warn that UK military intervention in Syria would "feed a cycle of violence and hatred", increasing insecurity at home and abroad. Humanity can be more creative than that. There is no military solution to the crisis in the Middle East.

Our lobbying tool has been highly effective in contacting MPs and urging them to oppose bombing. We must step up efforts to lobby every MP and make the views of their constituents known. A poll today shows only limited support for immediate bombing, and we need to build on that.