No response for hunger strike 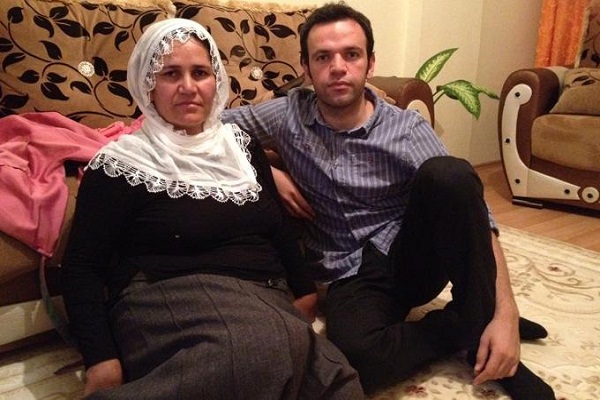 EU Commissioner for Enlargement and European Neighbourhood Policy, Mr Stefan Füle (in charge also of the EU-Turkey Accession talks) expressed concerns over the health situation of prisoners on fast and called on the Turkish government to make efforts in the scope of international human rights norms. The statement says that "The European Commission is following the situation closely and is concerned about reports that the health condition of the prisoners on hunger strike is deteriorating".

The hunger strike by political prisoners continues without abating, with 10,000 further prisoners joining today, 12 November 2012, the 61st day of the strike. For those who have been on hunger strike since 12 September, the situation is severe and they are facing the risk of death.

Despite massive demonstrations across Turkey over the weekend, as well numerous actions, letters and statements of solidarity from international NGO’s, prominent academics, activists and political commentators, lawyers, elected officials from across the world, the Turkish government is refusing to acknowledge the legitimacy and necessity of the strikers’ demands.

Yasar Kemal:"The government and all the officials were responsible for all of the previous hunger strikes. And this time they are all responsible as well. Today, sons and fathers of those hunger strikes will also be a part of this struggle; and it will destroy a generation". The following statements are written in the text. "Watching the death of a human being from hunger is the greatest suffering of all. This is not worthy of humanity, ever. Today demands that peoples are making at the expense of their life are basic human rights in democracies. While the solution is possible, if deaths are not avoided, the government, opposition, media and all of us will be responsible for the consequences and loss of life. Peace, in this country, is everyone's right and desire. All of us should work opposing the new barriers that intended to prevent the Peace, to pave the way for peace. I would be grateful to everyone work for this ideals, sincerely."

Musician Zülfü Livaneli, calling on Prime Minister Erdogan, said that "Please change your attitude, you have already accepted these terms and conditions, do not consider this as a defeat, there are demands in a democratic society, a human being is holding the power is not the absolute ruler, please listen to the demands and change your attitude. Because there is no one else could solve this matter other than the Prime Minister. This means that, the Prime Minister would be responsible for the deaths as well"

“Whoever fights in prison, against prison, for his/her freedom and rights, for the freedom and rights of everybody, is my brother and sister. Who in this struggle is putting is health and life at risk, will be my comrade in this journey, forever, and my master. In my long experience as a political prisoner in Italy many times I had to reclaim my dignity and rights through hunger strike, although in a less appalling situation than that of my Kurdish brothers and sisters. I know what it means to push yourself to the limits and I know how hard it is trying not to feel alone in this extreme battle.

For all of us who are watching this from the comfort of our houses, sometimes with distraction or passively, is necessary to remember the old saying used by Primo Levi: "If I am not for myself, then who will be for me? But if I am only for myself, then who am I? And if not now, when? ".

Feminist theorist Professor Judith Butler of University of California, Berkeley, wrote: “The Turkish government must enter into serious dialogue with these prisoners, who now risk their lives to expose the injustice under which they live.”

Noam Chomsky stated: “Elementary humanity requires that the just and desperate plea of these prisoners for dialogue should be answered quickly and appropriately, without delay.”

Please let me inform you regarding the hunger strikers.

To me they are brothers. They are part of my family.

Their pain hurts me; I would like to cry out their voice.

Melda Onur, member of parliament for the republican party CHP: “ People in public don‟t develop empathy. , Who doesn‟t belong to me, can just die; I don‟t care.‟ But the political attitude of the people, who are going to die, shouldn‟t be reason for our lack of sensibility. We mustn‟t watch death. The consequences for Turkey would be very high. If we don‟t want the hunger strike to reach the proportions of the strike in 2001 we need to act immediately!”

Claudia Roth and Cem Özdemir, Federal chairmen of , Bündnis 90/ die Grünen’ ( the Green Party): “The Turkish home affairs only can contribute to a social and sociopolitical peace in the country, if democratic values, human and citizen rights and freedom do apply completely and if they can be lived. They‟re the basis for the government to negotiate with the hundreds of prisoners in Turkish jails and for taking up the criticism of the situation in the jails and the justice constructively.”