Sydney takes pride in being one of the first major cities in the world to welcome each new year, and it plans to greet 2015 in its trademark glittery fashion, 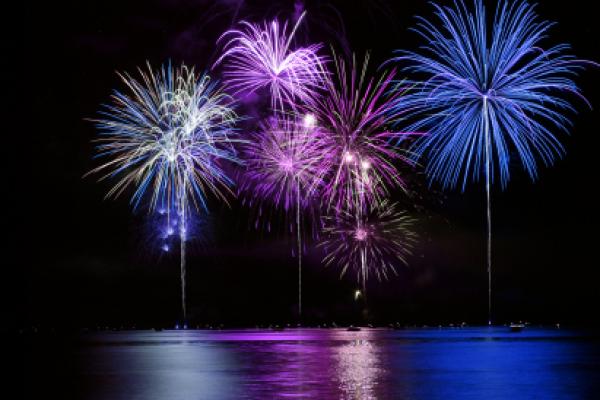 Millions got things underway across the other side of the globe, entering the New Year in style. A giant clock in Auckland's Sky Tower counted down the minutes until midnight. The capital, Wellington, hosted a family-friendly celebration in a park featuring orchestral music and movie clips and culminating in a fireworks display.

Sydney takes pride in being one of the first major cities in the world to welcome each new year, and it plans to greet 2015 in its trademark glittery fashion - with a tropical-style fireworks display featuring shimmering gold and silver palm tree pyrotechnic effects. More than 1.5 million people are expected to crowd along the shores of the city's famed harbour to watch the vivid eruption of light over the Harbour Bridge, Opera House and other points along the water. The festivities, however, come just two weeks after an Iranian-born, self-styled cleric took 18 people hostage inside a downtown cafe.

A tribute to two hostages killed in the siege will be displayed on the pylons of the Harbour Bridge during the fireworks display, and an extra 3,000 police officers will be patrolling the city. Still, residents are being encouraged to celebrate as usual. New York will drop its Waterford crystal ball at midnight, in a tradition being increasingly copied across the United States with twists celebrating local icons. In Miami, a 35ft neon orange will light up, while Atlanta and Nashville, Tennessee, will drop a peach and a musical note, respectively.