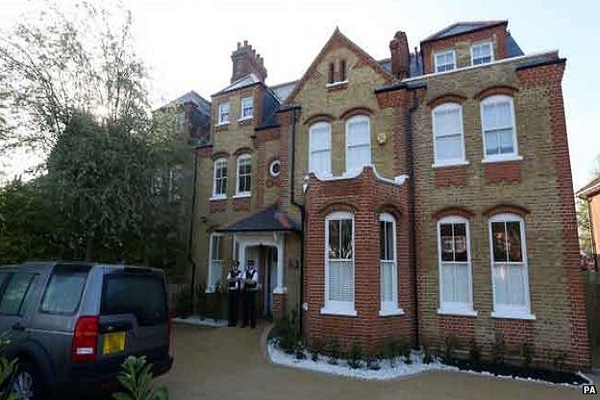 A girl, aged four, and two boys, aged three, were pronounced dead at the scene.

The parents are understood locally to be called Gary and Tania Clarence.

A 43-year-old woman was taken to hospital for treatment for minor injuries and later discharged.

Chris King reports from the house where the bodies were found

She was then arrested on suspicion of murder and taken into custody at a south London police station.

Officers are not looking for anyone else in connection with the incident and are currently not giving any details on the possible cause of the deaths.

Post-mortem examinations will be arranged in due course.

BBC London 94.9's Jason Rosam said neighbours told him the family had recently moved into the house and there is a suggestion some of the children had disabilities.