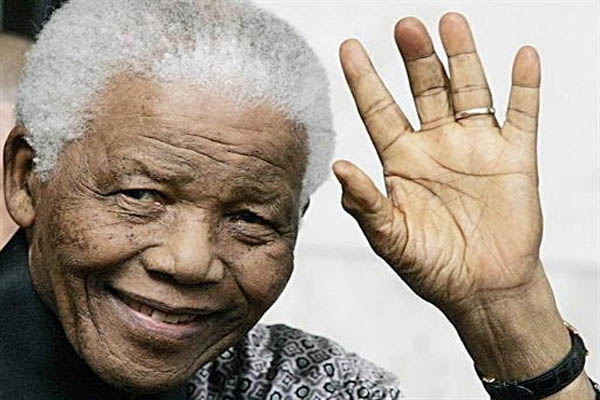 The office of President Jacob Zuma said that the president had visited the 94-year-old anti-apartheid leader on Sunday evening, and was informed by the medical team that Mandela's condition had become critical in the past 24 hours. "President Jacob Zuma, accompanied by ANC Deputy President, Mr Cyril Ramaphosa, visited the former President this evening, 23 June in hospital. They were briefed by the medical team who informed them that the former President's condition had become critical over the past 24 hours."

Zuma said in the statement that the doctors were "doing everything possible to get his condition to improve".

When he was first taken to hospital in early June, reports said the ambulance carrying Mandela had broken down.

In Sunday's statement, Zuma also discussed the government's acknowledgement a day earlier that an ambulance carrying Mandela to the Pretoria hospital two weeks ago had engine trouble, requiring the former president to be transferred to another ambulance for his journey.

Zuma said that in that incident, "all care was taken to ensure that his medical condition was not compromised".

He also dismissed media reports that Mandela had suffered a heart attack, saying: "There is no truth at all in that report''.

Al Jazeera's Tania Page, reporting from Johannesburg, said that while people in South Africa are very conscious that Mandela is frail, many say they still love him and need him.

"People are getting used to the idea that one day, perhaps soon, he will not be with them. It won't be a surprise that his condition has deteriotated ... But [his death] will nonetheless still come as a shock to South Africans," she said.

Mandela, who became South Africa's first black president after the end of apartheid in 1994, was hospitalised on June 8 for what the government said was a recurring lung infection.