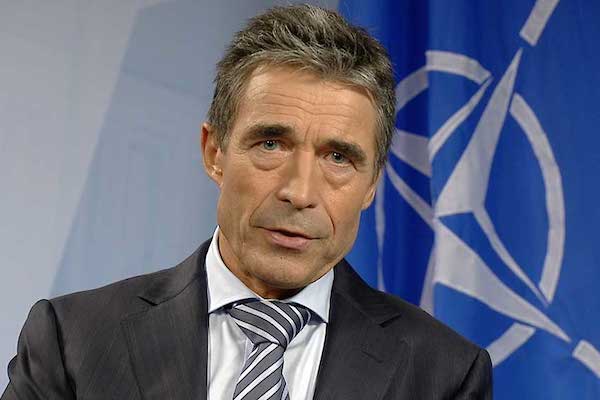 Russia should cease its illegal military action and stop its support for armed separatists in Ukraine, said NATO Secretary General after ambassadors from the 28 NATO countries and Ukraine met on Friday to discuss the situation in Ukraine.  Anders Fogh Rasmussen slammed Russia for "hollow denials", saying Russian troops illegally violated Ukraine's eastern border and are engaged in direct military operations in the country after the emergency meeting called the NATO-Ukraine Commission. Ukrainian President Petro Poroshenko accused Russia of deploying troops in Ukraine and called Thursday an urgent National Security Council meeting over the deteriorating situation in the Donetsk region. The Russian Defense Ministry has denied allegations regarding the Russian invasion into eastern Ukraine, however NATO published on its web page satellite imagery showing what it says are Russian combat troops inside the country.
"This is not an isolated action, but part of a dangerous pattern over many months to destabilize Ukraine as a sovereign nation," said Rasmussen.
NATO expressed strong solidarity with Ukraine and the secretary general promised strong support for Poroshenko at a summit to be held in Wales on September 4-5. The secretary general also called on Russia to take immediate and confirmable actions to de-escalate the crisis, which has killed at least 2,220 people and injured 5,956 since clashes began in April.