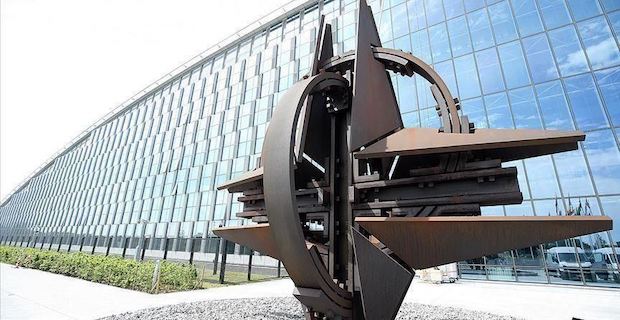 The chief of the NATO alliance on Tuesday condemned the deadly attacks by the Assad regime in Idlib, an area of northwestern Syria supposed to be under a cease-fire. “We have seen indiscriminate shelling of also civilian targets, and we condemn this because we condemn indiscriminate attacks against civilians,” Secretary General Jens Stoltenberg told reporters ahead of a NATO defense ministers meeting starting Wednesday.

“I'm very concerned about the situation in Idlib, because we have seen horrendous attacks against civilians. We have seen, again, that hundreds of thousands of people have been forced to flee,” he added.

Stoltenberg also called on the Assad regime and Russia to stop attacks in Idlib and that the issue is expected to be raised at the defense ministers meeting.

“We call on Assad and on Russia, because Russia provides support to the regime, to stop these attacks, to respect international law and to fully support the UN efforts to try to find a peaceful solution,” he said.

Idlib has been a stronghold of the opposition and anti-government armed groups since the outbreak of the Syrian civil war in 2011.

In September 2018, in Sochi, Russia, Turkey and Russia agreed to turn Idlib into a de-escalation zone in which acts of aggression are expressly prohibited.

Stoltenberg’s call echoed concerns raised by Turkish President Recep Tayyip Erdogan, who has condemned Assad attacks both on Idlib civilians and Turkish troops stationed there under a de-escalation pact with Russia.

Erdogan has also urged Russia, Assad’s ally, to live up to the Astana and Sochi peace processes for Syria and do more to bring the attacks to a halt.

On Monday, five Turkish troops were martyred and five more injured in shelling by regime forces in Idlib, also seven Turkish soldiers and a civilian contractor working with the Turkish military were martyred in a similar attack last week.

The Turkish troops are in Idlib – nominally a cease-fire zone, under a deal between Turkey and Russia – as part of an anti-terror and peace mission.

Keywords:
SyriaIdlibNATOAssad Regime
Your comment has been forwarded to the administrator for approval.×
Warning! Will constitute a criminal offense, illegal, threatening, offensive, insulting and swearing, derogatory, defamatory, vulgar, pornographic, indecent, personality rights, damaging or similar nature in the nature of all kinds of financial content, legal, criminal and administrative responsibility for the content of the sender member / members are belong.
Related News