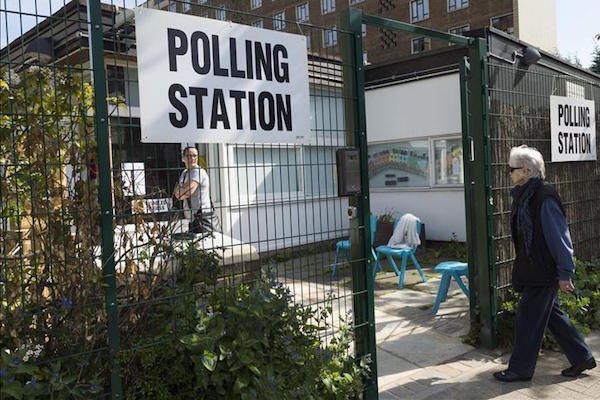 LONDON (AVRUPA TIMES)-The pro-independence Scottish National Party (SNP) became the largest party in the regional assembly with 63 seats on Friday but failed to gain an overall majority. The poll was one of a string of regional and local elections held across the U.K. on Thursday. In Scotland, the Labour Party was forced into third place on 24 seats, behind the Conservatives with 31 in the 129-seat chamber.

SNP leader Nicola Sturgeon, who will be returned as first minister, hailed the party’s third successive victory after she won her own seat in Glasgow Southside.

“We have tonight made history,” she told supporters in a televised speech. “It is a vote of confidence in the record in government of the SNP and it is a vote of trust in the SNP to lead our country forward.”

The next Scottish government will be the most influential in the country’s history after it was granted tax-raising powers following the 2014 independence referendum.

Labour’s poor showing was reflected in the Welsh regional election, where it previously held half the seats in the 60-seat assembly.

Results for London mayor’s office, the London Assembly and some local authorities are expected later Friday, when first preference vote share information for elections to the Northern Ireland Assembly are also due.

Voters are also electing police and crime commissioners and mayors in other English cities.

In England, 2,747 local council seats were contested in the largest test of opinion before a general election due in 2020.

Early results suggested Labour had retained key councils although its share of the vote was down by 6 percent on the 2012 local election, BBC News reported.

In two parliamentary by-elections, Labour held the seats of Sheffield Brightside and Ogmore, with UKIP coming second in both votes.