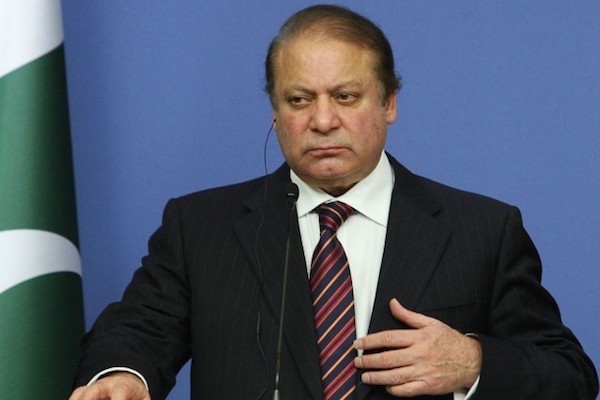 Police in Pakistan's northeastern region of Punjab have registered a murder case against Prime Minister Nawaz Sharif and other senior government officials on Wednesday, for the deaths of 14 anti-government activists in June.  The supporters of pseudo-religious party Pakistan Awami Tehrik were killed in clashes with police in northeastern city Lahore ahead of the return to Pakistan of their leader Tahir-ul-Qadri, a Canada-based preacher who has been calling for a revolution in Pakistan. Inspector General for Punjab police Mushtaq Sukhera told reporters that 19 government officials had been named in the case filed on after complaints made by the families of the dead protesters.
Sharif's brother Shahbaz Sharif, who is Punjab's chief minister; Defense Minister Khawaja Asif; Information Minister Perwaiz Rahseed; and Railway Minister Khawaja Saad Rafique were among those accused of murder, Sukhera said.
“We will face the case against us despite the fact we had nothing to do with police action,” Rafique told reporters in Islamabad.
The filing of the case has been one of the key demands made by Qadri during two-week long anti-government protests which has seen his supporters join up with those of cricketer turned politician Imran Khan. They have been demonstrating in the capital, Islamabad, for two weeks now and demand Sharif's resignation.