More than 1,400 killed in Iraq in August 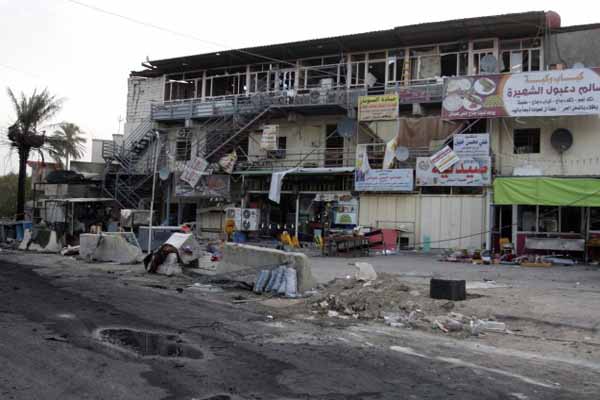 Last month saw more than 1,400 Iraqis killed by terrorism and fighting, the United Nations mission for the country said. A similar number were injured across the country, according to casualty figures released Monday. The statistics do not include Anbar province, the western part of Iraq that has been the scene of heavy fighting. A total of 1,265 civilians were killed, including 77 police officers with a further 1,198, including 105 police, injured in the country last month. Baghdad province suffered 246 civilians killed and 611 injured; Nineveh, 625 killed, 70 injured; Kirkuk, 95 killed, 248 injured; Diyala, 140 killed, 94 injured; and Salahuddin, 105 killed, 103 injured. Unverified information from the Anbar health directorate reported 268 civilians killed and 796 injured in August.

"In August alone the UN estimates that 600,000 people have been displaced while thousands continue to be targeted and killed by ISIL [known as the Islamic State] and associated armed groups simply on account of their ethnic or religious background," UN Special Representative Nickolay Mladenov said.

"Despite the difficult conditions, urgent measures are being taken by the government of Iraq, the Kurdistan region of Iraq and the international community to alleviate the suffering of those fleeing the violence and to secure the return of displaced people to their places of origin in safety and dignity."

The crisis has seen 1.2 million Iraqis flee from their homes.