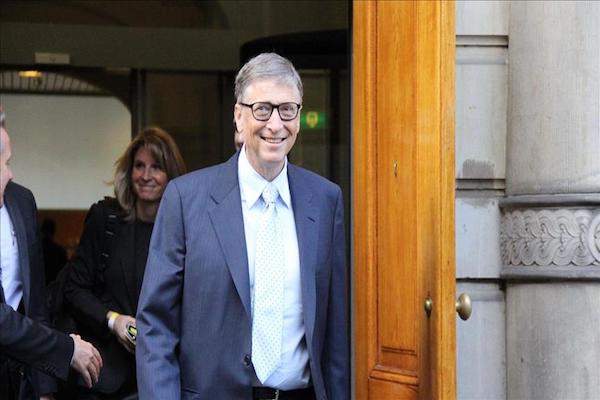 The number of billionaires increased 13 percent compared to 2016, the magazine noted, from 1,810 to 2,043. It is the first time Forbes has pinned down more than 2,000 people with 10-figure fortunes. The increase, 233, is the biggest the magazine has recorded in its 31 years of compiling the list and is responsible for the combined wealth of the world’s billionaires spiking 18 percent to $7.67 trillion, another record for Forbes.

Gates’ fortune grew from an estimated $75 billion last year to $86 billion in 2017. The creative engine behind the Windows operating system is the richest person in the world for the fourth consecutive year, and Gates has occupied the top spot 18 times since 1994. Activist investor Warren Buffett came in second place with $75.6 billion. By adding $27.6 billion to his fortune in the past 12 months, Amazon founder and chief executive Jeff Bezos is the third richest person on Earth and holds the distinction of earning the largest annual income in the past year. Alhough famed Silicon Valley executives Mark Zuckerberg and Larry Ellison are in the top 10 with $56 billion and $52.2 billion, respectively, the technology industry did not dominate the front end of the list Charles and David Koch, who operate a slew of businesses that range from paper towels to mining, were tied for eighth place with $48.3 billion each. Financial services innovator Michael Bloomberg, casino magnate Sheldon Adelson and three members of the Walton family, the dynasty behind Walmart stores, all made the top 20.

The majority of the world’s billionaires are American, although the founder of Spanish clothing chain Zara, Amancio Ortega, was fourth with $71.3 billion. The world’s richest woman is Liliane Bettencourt. The French cosmetic company L'Oreal’s principal shareholder is worth $39.5 billion and is the 14th richest person Perhaps the world’s most influential billionaire, Donald Trump, did not fare well on the list. The American president dropped 220 spots to 544th after losing $1 billion in the past year. Now worth an estimated $3.5 billion, according to Forbes, Trump lost a significant amount of wealth due to contractions in the New York City real estate market.