Tensions between Turkey and its NATO allies were heightened last month when a picture of Turkey’s founder Mustafa Kemal Ataturk and the name of President Recep Tayyip Erdogan were used to indicate enemies during a computerized drill in Norway. 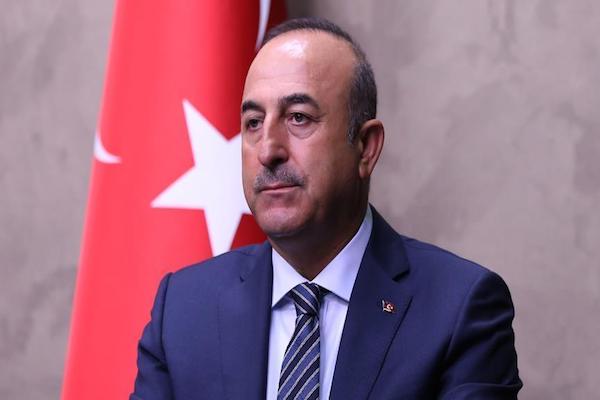 AvrupaLondon - “We have clearly highlighted our expectations from NATO and our allies in the light of mistakes made until now,” Mevlut Cavusoglu told reporters following the meeting in Brussels.

Tensions between Turkey and its NATO allies were heightened last month when a picture of Turkey’s founder Mustafa Kemal Ataturk and the name of President Recep Tayyip Erdogan were used to indicate enemies during a computerized drill in Norway.

The incident compounded ill-feeling between Ankara and other NATO members, notably the U.S. and Germany, over a host of issues such as the arrest of foreigners in Turkey and NATO members’ perceived support for the Fetullah Terrorist Organization (FETO).

FETO orchestrated last year’s coup attempt and Turkey has arrested thousands over ties to the group, including German and U.S. citizens.

The U.S. has also frustrated Ankara by backing the PKK/PYD in Syria. The group is a branch of the PKK, which has waged a 33-year war on Turkey, causing more than 40,000 deaths.

Cavusoglu had a one-on-one meeting with U.S. Secretary of State Rex Tillerson.

“During the meeting, we emphasized our sensitivity over the YPG and stressed [the need for] President Trump to keep the promise made to our president,” Cavusoglu said, using a different acronym for the PKK/PYD and referring to Trump’s pledge to stop arming the group.

The air also discussed American plans to recognize Jerusalem as the Israeli capital. Cavusoglu said he had reiterated Ankara’s view that the decision could “pave the way for chaos” in the Middle East.

They also talked about the recent visa crisis between the countries, which was sparked by the arrest of a Turkish national who works at the U.S.’s Istanbul consulate.

Cavusoglu said they had agreed to establish a working group to resolve any remaining issues after both sides suspended the issuing of some visas to the other’s citizens.

Cavusoglu said he had discussed the Ataturk and Erdogan episode during the Norwegian exercise with Stoltenberg while talks with German Foreign Minister Sigmar Gabriel included steps towards normalizing relations and an invite for Cavusoglu to visit Germany.

Cavusoglu also spoke by telephone with his Iranian and Indonesian counterparts, Javad Zarif and and Retno Marsudi, on Wednesday. A diplomatic source said Cavusoglu had discussed the Jerusalem situation with both.