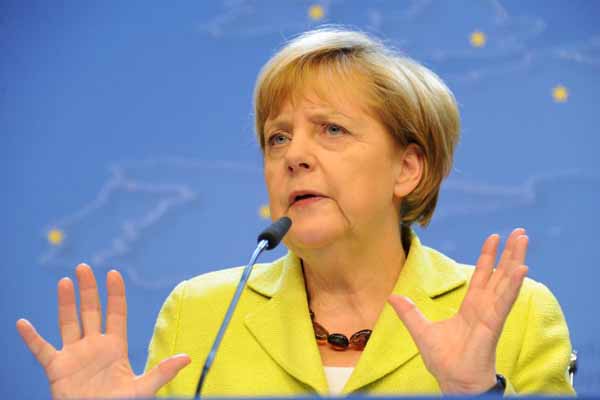 German Chancellor Angela Merkel has defended her government’s decision to supply arms to Kurdish fighters in northern Iraq amid claims they could fall into the hands of terrorists. In a TV interview with broadcaster ARD, Merkel said the weapons would be provided to the Kurdish Regional Government and ruled out supplying the outlawed Kurdistan Workers’ Party, known as the PKK. The PKK, which fought a 30-year insurgency against the Turkish state, is considered a terrorist organization by Turkey, the European Union and the United States.  Merkel said Germany would not allow “genocide” to take place in northern Iraq and must support the fight against IS. She accepted the risk of German weapons ending up in the wrong hands but stressed that “no-one will ever be 100 percent sure into whose hands those weapons will go.” Addressing the German law that bans providing arms to conflict zones apart from in exceptional circumstances, Merkel said the situation in Iraq satisfied this caveat.

She said: “This decision was made in the context of the genocide carried out by Islamic State soldiers in front of our eyes. They are using terrorism as a strategy.”

Merkel added: “We need to send these weapons now in order to put a stop to the terror.”

The chancellor refused to be drawn on the wiretapping scandal involving the BND foreign intelligence service, which was accused last week of conducting a monitoring program against Turkey since 2009.

She has assigned a group of lawmakers to review confidential documents relating to the case.