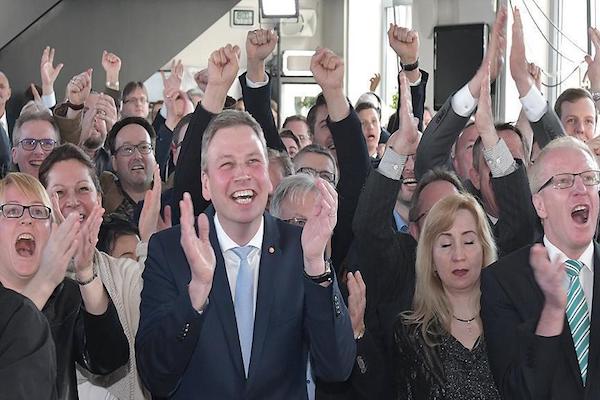 Led by premier Annegret Kramp-Karrenbauer, the most popular politician in the region, CDU has won 40.1 percent of the vote, increasing its share by 4.9 percent compared with 2012, according to the projections based on exit polls and broadcasted by the public television ARD.

Merkel’s chief rival Martin Schulz’s Social Democratic Party (SPD) has become the second in Saarland by gaining 30.1 percent, a loss of 0.5 percent over 2012.

Sunday’s election had been widely seen as precursor to September’s general election in Germany, where Chancellor Merkel and the SPD’s chief Martin Schulz are in a neck-and-neck race, with both enjoying support at 33 percent, according to the latest public polls.

While Schulz managed to increase support for the SPD nationwide, premier Kramp-Karrenbauer’s strong popularity in Saarland secured a victory for the CDU in the tiny state bordering France.

47 percent of those who voted for the CDU on Sunday said they have decided to do so due to their support for the premier Kramp-Karrenbauer.

Despite her clear victory, CDU’s Kramp-Karrenbauer could not secure an absolute majority at Saarland’s state parliament, making a coalition with the SPD the most likely scenario, according to the projections based on exit polls.

Meanwhile, the far-right Alternative for Germany (AfD) managed to win 6.1 percent of the vote in its first election in Saarland, and have secured three seats at the state parliament.