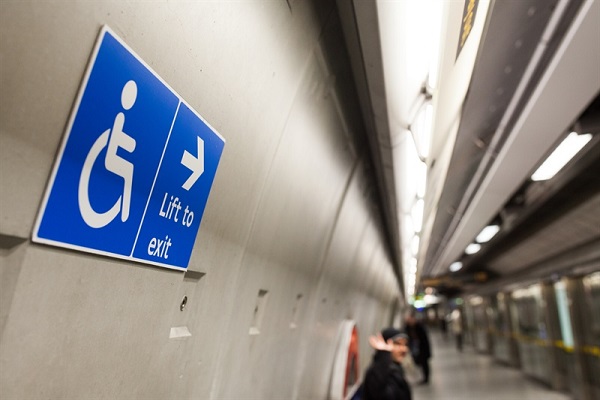 • Innovative plans to use joint funding for more lifts

• Part of plans to make TfL network even more accessible

The fund has been put aside to enable the installation of new lifts at around a dozen more stations over the next ten years. The new stations are in addition to the 28 LU and London Rail stations which Transport for London (TfL) had previously committed to making step-free by 2024, and the 30 Crossrail stations in London that will all be step-free.

The funding, which was announced at a special TfL Accessibility Show at Excel London, will be used to match contributions from local councils and property developers for improvements to step-free access at a number of priority locations, unlocking large numbers of new accessible journeys.

The number of rail and underground platforms that are step-free from street to platform has risen from 57 in 1998 to 195 in 2014. The new funding, alongside the accessible Crossrail stations, will take accessibility to the next level. Some of the stations that could be made step-free with third party contributions and the LU fund include Mill Hill East, Newbury Park, Osterley, West Brompton and White City. Others sites will be confirmed as soon as commercial negotiations allow.

The Mayor of London, Boris Johnson, said:  "The Tube was built at a time when accessibility was not top of the priority list and that’s something we’ve long been battling to rectify. Great progress has been made in making an ever-growing number of stations step free, and while the picture is far from perfect, this injection of cash is another step in the right direction. As we have also made clear in our pledge to make Crossrail step-free, this is all part of our wider efforts to ensure that London has a transport network that is open and accessible for all.”

Mike Brown MVO, the Managing Director of London Underground said, “We have made great strides in making our network more accessible - installing new lifts, rebuilding stations, and introducing boarding ramps to make life easier for our customers. But we recognise that there is still a considerable way to go. Through the creation of this £75 million fund we are using innovative ways to find the means of going further faster. We are confident that the cooperation we’re already seeing from third parties will continue to grow, so that together we can build a transport network more accessible for London residents and visitors alike.

“Importantly, this is just the latest in a whole series of improvements we’re making, including improvements to frontline staff training that will mean all station staff receive accessibility training by a person with a disability.”