Police sealed off densely populated portions of the Boston metro area early Friday after a violent night of chasing the Boston Marathon terror suspects left one of the men and a police officer dead. 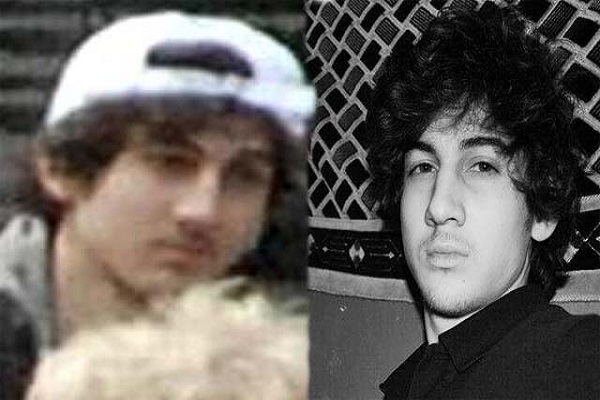 The suspects - named as Dzhokhar A Tsarnaev, 19, who is on the run, and his 26-year-old brother Tamerlan Tsarnaev, who is now dead - moved to the US a decade ago from a Russian region near Chechnya.

The hunt began after the fatal shooting of a police officer at the Massachusetts Institute of Technology (MIT) in Cambridge. Police sealed off densely populated portions of the Boston metro area early Friday after a violent night of chasing the Boston Marathon terror suspects left one of the men and a police officer dead.

Boston Globe reporter David Abel tweets: "Just spoke to two Transit police officers who told me that their colleague who was shot is "going to live" and is "a good, brave dude".

New York Times reporter Jodi Kantor tweets: High school classmates & acquaintances of Johar Tsarnaev sound shocked. He was a sweetie, a delight, a wrestling star who won awards. As the manhunt continues, the FBI has released a new photo of Dzhokhar Tsarnaev