Malaysia PM's trip to focus on identification of MH17 bodies 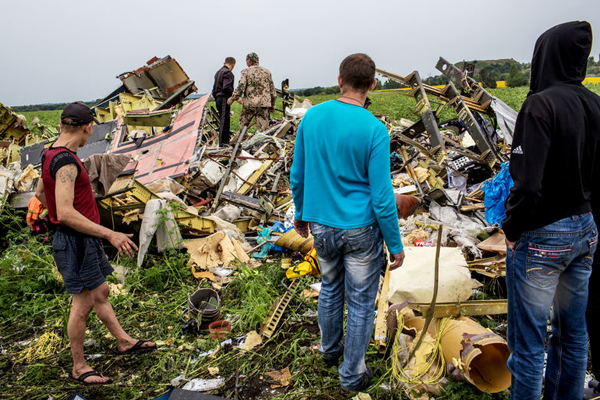 By P. Prem Kumar KUALA LUMPUR (AA) – Malaysia’s health minister announced Monday that the identification process of the victims onboard downed Malaysia Airlines flight MH17 would be the main discussion point in the upcoming meeting between the premiers of Malaysia and the Netherlands. Dr. Subramaniam Sathasivam stressed that Malaysia’s main concern is returning its citizens’ bodies as soon as possible to provide closure to the grieving families. “Although we have our officers there [in The Hague] and they are working with international experts, we will see what we can do to make the process faster,” Subramaniam - who will accompany Prime Minister Najib Razak to the Netherlands on Wednesday - said. Subramaniam explained that Malaysia, however, is not in favor of fast-forwarding the investigation at the expense of the complex process since the truth behind the suspected shooting of the passenger plane must be revealed. He added that the identification of bodies is expected to taken shorter than the examination of evidence. “If we were to take any party to court in the future, we must have enough evidence to ensure that action can be taken - so we cannot have any shortcuts in that,” he said. “We will look at how to make it faster without compromising the process.” Subramaniam said Malaysia had already sent 12 experts to the Netherlands to help identify the bodies, but would deploy more if needed. Premier Najib is expected to offer the assistance proposal when he meets his Dutch counterpart Mark Rutte. The Kuala Lumpur-bound flight from Amsterdam crashed July 17 close to Ukraine’s tense border with Russia with 298 people on board - including 193 Dutch citizens and 43 Malaysians (15 of them crewmembers). There are no reports of any survivors. Tensions on the Ukrainian-Russian border have risen dramatically since Ukrainian forces ousted separatists from its eastern city of Sloviansk. Russia has shifted more troops towards the area and two weeks ago a Russian civilian was killed by shellfire Moscow claimed came from Ukraine forces.
Since the plane came down, Ukraine and Russia have exchanged accusations as to who was responsible.