he Magna Carta is seen as the cornerstone of the development of constitutional law and documents in England, and to mark the occasion events are planned across the borough. 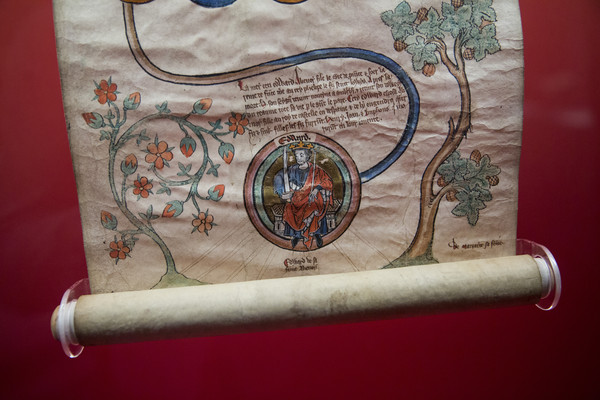 Avrupa Ajansı (AVA) London-Monday 15 June, 2.00pm sees the reenactment of the historic signing on Chase Side Memorial Gardens in Enfield. This will shortly be followed by the launch of photo, art and poetry competitions for all ages themed around the Magna Carta and liberty. Winners will go home with cash prizes.  Saturday 11 July, 6.30pm is marked by an evening of poetry and music, led by local poet John Murray. Held at Forty Hall, with an entrance fee of £5 there will be poetry and live music on the themes of liberty and personal freedom to mark the occasion. With poems, songs, and instrumental works ranging from Shakespeare, Milton, and George Herbert to the modern age, this promises to be a fascinating and entertaining evening.

Cllr Achilleas Georgiou, Deputy Leader of Enfield Council said: “The Magna Carta is such an important historical event that at Enfield Council we really want to bring heritage alive for residents. We hope that these exciting events, all based on the signing of the Magna Carta, will do this.

“We especially hope for a good turnout at the re- enactment on the 15 June, and would urge people to get involved with the photo, art and poetry competitions.

What is the Magna Carta?

The Magna Carta is known as the first charter to limit the power of the king and to uphold the rights of the individual.

When King John agreed to the barons’ demands for peace at Runnymede in 1215, copies of the charter were made and sealed. They were distributed to sheriffs, cathedrals, and important religious houses throughout England. Lincoln Cathedral’s Magna Carta is one of only four surviving originals.

The Bishop of Lincoln, Hugh of Wells, was present at Runnymede, along with Lincolnshire’s Cardinal Archbishop Stephen Langton. 12th century Lincoln was a place of learning and quite possibly where Langton’s ideas took shape. Langton is credited with influencing the terms of the charter. In the years leading up to 1215, King John had angered Pope Innocent III by not recognising Langton as Archbishop of Canterbury. As a result, the Pope put all of England under a papal interdict, withholding the sacraments – a severe punishment. Meant to be a short-term measure, the Interdict lasted for five years, from 1209 to 1214, before King John agreed to the Pope’s demands.

In the stormy years after King John’s death, Magna Carta was re-issued as a royal pledge in 1216, and again in 1217, when the Charter of the Forest was issued with it. This charter amplifies clauses in Magna Carta concerning the rights of people living in royal forests. Two 1217 Forest Charters survive; one belongs to Lincoln Cathedral and the other, to Durham Cathedral.

Down the centuries, ‘the charters’ were invoked as a rallying cry at key moments when the king exceeded his powers, or due process of Law was violated. It gave the American colonists ammunition against King George III, and it had a direct influence on the United States Bill of Rights and Constitution. Its influence is worldwide.