Core Group of the Friends of Syria agrees to put united and collective weight behind the UN-led Geneva II process. 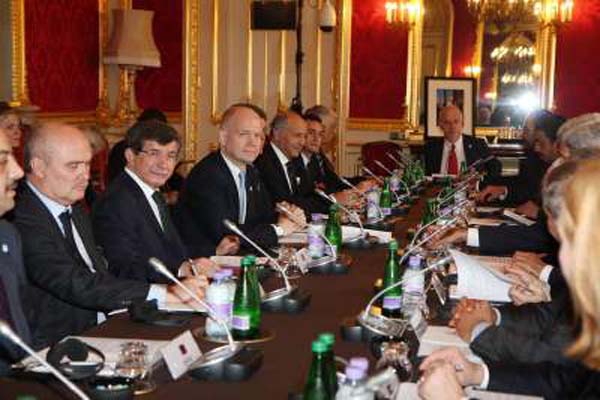 The Core Group of the Friends of Syria agreed that Syrian President Bashar al- Assad would play no role in the future government of Syria. The London 11, the Core Group of the Friends of Syria, met in London on Tuesday to discuss Syria. The core group will put united and collective weight behind the UN-led Geneva II process, which must lead to establishing by mutual consent a transitional governing body, said the communique. Despite the enormous challenges faced by the Syrian opposition, the Core Group of the Friends of Syria urged the National Coalition to commit itself fully to the Geneva II process and to lead and form the heart of any opposition delegation, it added. They also agreed that "we would provide the intensive political and practical support that will be required to give the Geneva II process the best chance of success", it said.  "We agreed the Syrian opposition, including the moderate armed groups, and moderate opposition represented by the coalition continue to need our strong collective backing, " the core group said ."There can be no peaceful and political settlement in Syria without the participation of the moderate opposition. So we pledged further support to them."