Many have been captivated by Bruce Jenner's gender transition to female. 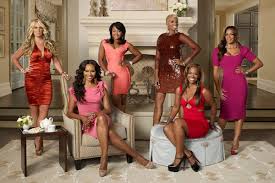 Many have been captivated by Bruce Jenner's gender transition to female.And Kim Zolciak was among those who were in awe of his debut as Caitlyn on the cover of Vanity Fair on Monday. The 37-year-old Real Housewives Of Atlanta star posted the image shot by famed photographer Annie Leibovitz on Instagram, writing, 'I love this!! Amazing transformation Do you Caitlyn!

Google Me singer Kim is joined by Emmy Rossum, Emma Roberts, Sam Smith, Brad Goreski and Mia Farrow, who were among some of the first celebrities to shower the Keeping Up With The Kardashians star with praise. Included in the Twitter chorus were Maria Shriver, who tweeted: 'finally free,' and model Lily Aldridge wrote

Shared with Kim's 1.1 million followers, Caitlyn  formerly Bruce  graces the cover clad in a white corset from Trashy Lingerie that retails for $200.

The flirty outfit reveals the Olympic gold medalist's 36D bust. Indeed, it certainly is an 'amazing transformation' for the former decathlete, who in addition to getting breast implants in late March, underwent a 10-hour facial feminization surgery earlier that month, and last year had a laryngeal shave to flatten the Adam's Apple, among other procedures.

Caitlyn introduced herself with a verified Twitter account on Monday, sharing the Vanity Fair feature on the social network. (mail online)