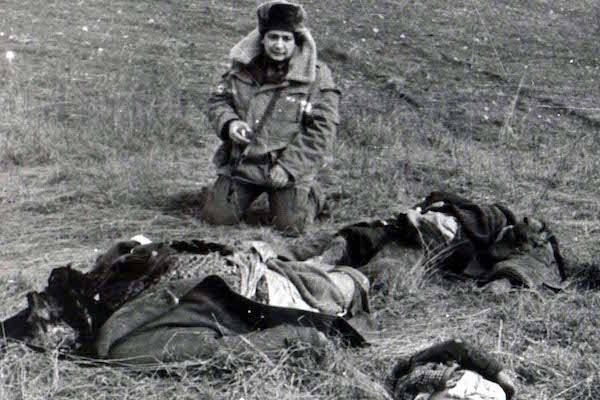 AVRUPA TIME (LONDON)- 26th February 2015 marks the 24th anniversary of Khojaly Genocide, atrocities committed by the Armenian armed forces against the civilians in the town of Khojaly during the war between Armenia and Azerbaijan. The military attack against helpless civilians in Khojaly left 613 civilians dead, including 63 children, more than 1000 heavily injured and 1275 taken as hostages.

According to Human Rights Watch what was committed in the town of Khojaly represented “the largest massacre in the course of the war between Armenia and Azerbaijan”, whereas Moscow-based human rights group Memorial highlighted: Actions of Armenian militants were in gross violation of basic international human rights conventions.

“Justice for Khojaly” international awareness campaign was launched in May 2008 aiming to raise awareness and drawing the attention of the international community to this horrible tragedy. The “Justice for Khojaly” campaign involves peaceful actions, protests, conferences, seminars, presentations and publications across many countries with a view to spreading the word about what happened in Khojaly. The campaign has attracted support from many organizations, human rights groups and countries with the passing of resolutions condemning the genocidal atrocities in Khojaly.

Commenting on the Khojaly genocide on the eve of the anniversary Ambassador Tahir Taghizadeh of Azerbaijan underlined: What happened in the town of Khojaly twenty four years ago is totally unacceptable and should have no place in modern world. While continuing our efforts to raise international awareness about this tragic event, our sole aim is not take avenge but to ensure crimes against humanity on that scale are prevented from happening in future. Thanks to “Justice for Khojaly” awareness campaign international recognition of Khojaly Genocide has now includes a dozen countries and international organisations. Here in Britain, I am delighted to receive support from members of the public and members of the British Parliament who have issued a joint letter condemning atrocities committed against civilians by Armenian armed forces. It is really crucial that we keep up these efforts to reach out to the international community and help ensure perpetrators of this crime receive long overdue punishment”.