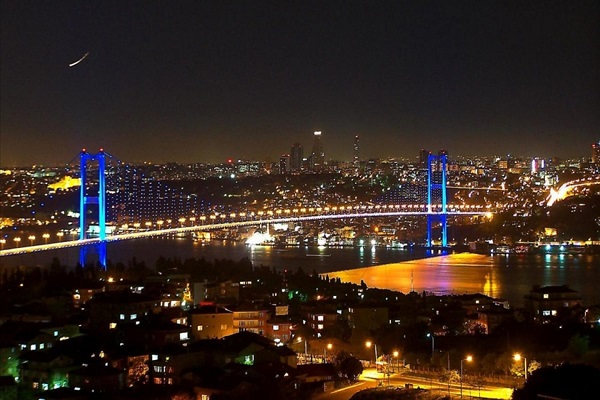 Istanbul was this week named the top destination in the world, and in Europe, ahead of cities such as Rome, London, Paris and New York,  in the sixth annual Travellers’ Choice awards for Destinations by TripAdvisor.

Already the sixth most-visited country in the world with a record-breaking 39, 860, 771 visitors last year and year on year growth of 5.69%, the latest accolade bolsters Turkey’s place as one of the most popular travel destinations in the world.  Istanbul is also the second most popular destination for overseas visitors within Turkey after Antalya, with 10,474,867 visiting Istanbul in 2013, up 12% year on year.

“We’re delighted that Turkey has been chosen as the best destination in the world in these annual awards that are based on millions of reviews by the travellers themselves,” said Selcuk Can, Attaché for the Embassy of the Republic of Turkey - Office of the Counsellor for Culture and Information in London.  “We continue to receive record number of visitor numbers to Istanbul every year as they discover the captivating energy of this exciting culture capital.  The only city in the world to straddle two continents at the crossroads of civilization, Istanbul is one fascinating melting pot of a great 21st-century city.”

The 2014 TripAdvisor Traveller’s Choice Awards is based on users’ reviews and ratings over a 12-month period. The sixth annual awards saw Istanbul jump from 11th place to first within the past year.

In announcing the award, TripAdvisor said: “Europe and Asia meet in Istanbul, where breathtaking ancient architecture coexists with modern restaurants and nightlife. The city's mosques, bazaars, and hammams (Turkish baths) could keep you happily occupied for your entire trip. Start with the awe-inspiring Sultan Ahmet Camii (Blue Mosque), visible from many points of the city. Stroll the Galata Bridge and stop by the Miniaturk Park to see its tiny artifacts. The Grand Bazaar has thousands of shops to browse, while the Egyptian Bazaar is a fragrant trove of spices and fruits.”

Interviews with Mr. Selcuk Can, Attaché for the Embassy of the Republic of Turkey - Office of the Counsellor for Culture and Information, are available on request.