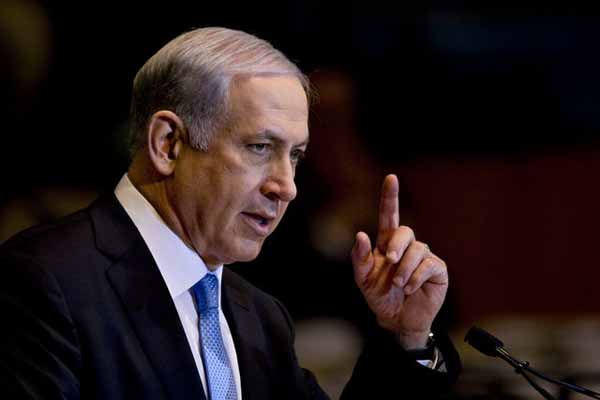 JERUSALEM (Kaamil Ahmed)-Israel has carried out 'dozens' of airstrikes in Syria targeting Hezbollah since the Lebanese militant group began sending fighters to the war-torn country, Israeli Prime Minister Benjamin Netanyahu said Monday. According to Israel Radio, it was the first time for Netanyahu to openly admit to the strikes, which he said were intended to prevent Hezbollah from receiving shipments of "tie-breaking weaponry".

He did not say what country the alleged arms shipments were coming from.

The prime minister’s comments came during a visit to the Israeli-occupied Golan Heights -- seized from Syria in the 1967 Arab-Israeli war -- where the Israeli army conducted military exercises on Monday.

Although Israel did not publicly admit it at the time, it was widely believed to have carried out an airstrike in Damascus last December that killed Hezbollah commander Samir Kuntar, who had earlier served jail time in the Jewish state for killing three Israelis.

Israel has long been concerned that Hezbollah, which since 2012 has been sending fighters to Syria to support the regime of Bashar al-Assad, could open a new front against Israel from Syrian territory.

In 2006, Israel conducted a month-long military operation against Hezbollah in Lebanon during which more than 1,000 Lebanese and more than 150 Israelis were killed.