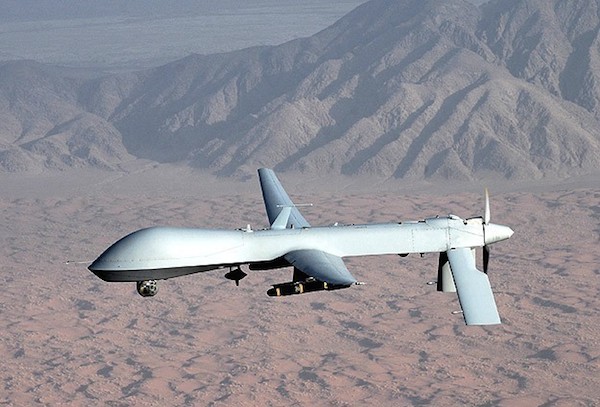 Israeli army shot down an unmanned aircraft that breached Israeli airspace from Syria, the army said on Sunday.
“Moments ago, the Israeli Defense Forces intercepted a [unmanned aerial vehicle] UAV that breached Israeli airspace from Syria near Quneitra. The UAV was targeted by a ‘Patriot’ missile,” the army said on its official Twitter account. An Israeli army spokesperson, who asked not to be named, told Anadolu Agency that it is not clear whether the unmanned aircraft belonged to the Syrian regime or opposition groups.
“We don’t know if it belonged to the Syrian regime or the rebel forces. We just saw an aircraft coming and shot it down,” she confirmed.
The Israeli army has been put on alert along the border with Syria after rebel fighters -  who are believed to include members of the al-Nusra Front, al-Qaeda's affiliate in Syria - had taken control of Quneitra crossing, the only border crossing between Syria and the Israeli-occupied section of the Golan Heights.
The Syrian Golan Heights were occupied by Israel during the 1967 Arab-Israeli war.
In 1981, the self-proclaimed Jewish state formally annexed the territory, which is inhabited by a small Syrian Druze community of roughly 20,000. The international community has never recognized the move.
By Turgut Alp Boyraz