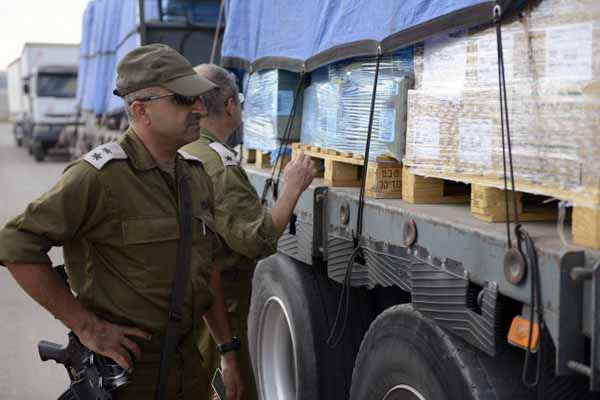 "The Gaza Strip is still awaiting an Israeli or international decision to allow the transfer of building materials [into the territory]," he said. An Egypt-brokered cease-fire went into effect on Tuesday, ending 51 days of relentless Israeli attacks on the Gaza Strip in which 2,145 Palestinians were killed and over 11,000 injured – the vast majority of them civilians. Over the course of the offensive, which was initially launched with the stated aim of ending rocket fire from Gaza, at least 69 Israelis – 64 soldiers and five civilians – were killed, according to Israeli figures. Under the cease-fire deal, all border crossings between Israel and Gaza are to be opened to allow humanitarian aid and construction materials into the strip. Since 2007, Gaza has groaned under a crippling Israeli blockade, which has deprived the coastal enclave's residents of their most basic needs. Israel routinely bars the entry of building materials into Gaza on grounds that Palestinian resistance faction Hamas could use them to build underground tunnels or fortifications. For years, the Gaza Strip has depended on construction materials smuggled into the territory through a network of tunnels linking it to Egypt's Sinai Peninsula.

A recent crackdown on the tunnels by the Egyptian army, however, has effectively neutralized hundreds of tunnels, severely affecting Gaza's construction sector.

Last September, Israel allowed the entry of construction materials into the besieged coastal enclave for the first time in six years.

But the following month, Israeli authorities suspended deliveries after the discovery of an underground tunnel extending from the Gaza Strip into Israel.