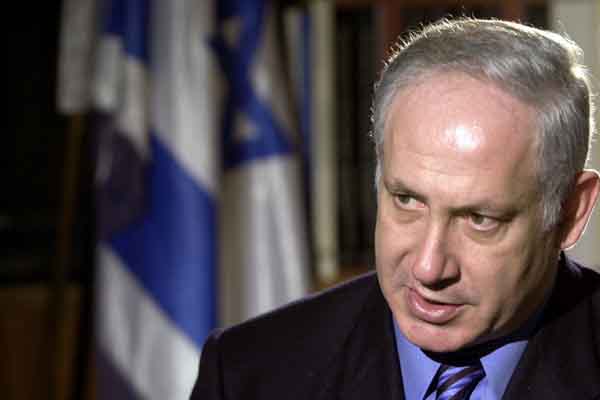 The office of Israeli Prime Minister Benjamin Netanyahu denied a claim by Palestinian Authority (PA) President Mahmoud Abbas that the former agreed to the establishment of a Palestinian state on the 1967 borders. "No such thing ever happened," Netanyahu's office said in a statement, Israeli daily Haaretz reported. On Thursday, Abbas said that Netanyahu agreed to a Palestinian state on the 1967 borders and that negotiators are set to demarcate the borders. "We want to know for good what the borders of each country [Israel and Palestinian territories] are. Israel is the only country in the world that does not have definite borders," Abbas said in a televised meeting with senior Palestinian officials. Palestinian-Israeli peace talks hit a snag in March after Israel refused to release a fourth batch of Palestinian prisoners despite earlier pledges to do so. In response, Palestinian Authority President Mahmoud Abbas applied for Palestinian membership in several United Nations agencies and treaties.

The Israeli government, for its part, ordered punitive measures against the Palestinians, including suspending the transfer of tax revenue that Israel collects on behalf of the Palestinians, as agreed in the 1994 Oslo Accords.

Palestinians want to establish their own independent state on the pre-1967 borders as part of any permanent peace deal with Israel.

Around seven weeks of relentless Israeli attacks on the Gaza Strip left at least 2,145 Palestinians dead and over 11,000 injured – the vast majority of them civilians – before an Egypt-brokered cease-fire went into effect on Tuesday.

Over the course of the offensive, which was initially launched with the stated aim of ending rocket fire from Gaza, at least 69 Israelis – 64 soldiers and five civilians – were killed, according to Israeli figures.