Iraqi forces launch attacks against IS 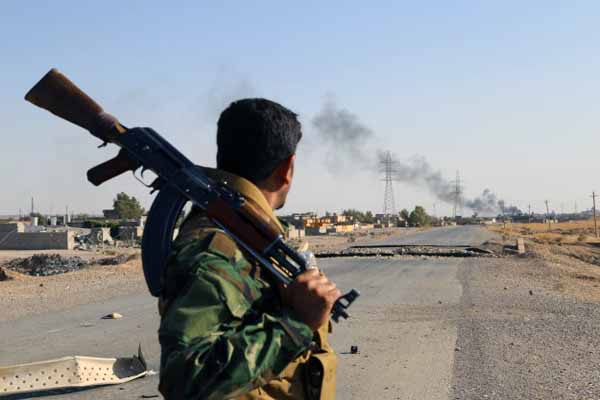 At least 14 Islamic State militants were killed in the Iraqi provinces of Diyala and Salahaddin on Sunday. Diyala police chief Jamal ash Shimeri reported that the Iraqi Air Force attacked the IS-controlled town of Jalula, killing 11 and wounding nine militants in an attack on a vehicle carrying anti-aircraft weapons. Security sources in Salahaddin said three insurgents were killed and an Iraqi soldier injured during clashes in the north-western city of Tikrit. IS has reportedly launched attacks on Tuz Khurmatu, a Salahuddin town mostly populated by Turkmen. Kurdish peshmerga and Shiite militias are defending the town. Meanwhile, Diyala Governor Amer al-Mujamaii has accused the United Nations of failing to properly investigate civilian killings and declined to work alongside the UN on an inquiry into the massacre of 73 people at the Musab bin Umeyr mosque last Friday.