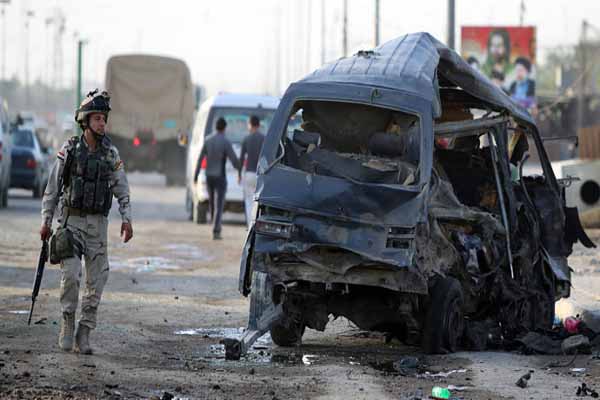 Militants killed four state-backed Sunni fighters in Iraq on Saturday, security sources said, apparently viewing them as collaborators. The four "Sahwa" militia fighters were killed in an attack on their headquarters on the outskirts of Garma, 9 km (six miles) east of Falluja, a city in the western province of Anbar. Gunmen also ambushed and kidnapped 10 Sunni policemen near Ramadi, the capital of Anbar, a Sunni heartland bordering Syria. Sahwa or "Awakening" fighters are Sunni tribesmen who helped U.S. troops subdue al Qaeda in 2006. They are now on the government payroll and are often targeted. In other violence, tribesmen clashed with security forces and set four of their vehicles ablaze after a woman and three of her young children were killed in an army raid north of Ramadi. Meanwhile, in a written statement to the Council of Representatives Press Bureau, Nujayfi has called for an emergency meeting of the council which is currently on vacation in order to discuss the country’s problems in the field of security in the country in recent days, as well as the increasing incidents of violence.

The statement noted, "This week which has been one of the bloodiest weeks in Iraq is the clearest evidence that the government and security forces have not been successful in one of their main duties, the protection of their citizens.”

The statement expressed that, in order for expert opinions to be taken in the session on the causes of the violence, the council would listen to Sadun Duleymi, who is carrying out his duties at the Department of Defense in proxy, in addition to security and intelligence chiefs.

At the end of the statement, Nujayfi called for the unity and togetherness of the people of Iraq.

Monthly death tolls are well below those of 2006-07, when they sometimes topped 3,000, but more than 700 were killed in April by a U.N. count, the highest figure in almost five years.

At least 72 people died in attacks on Friday, 43 of them in two bombings outside a Sunni mosque in the city of Baquba.