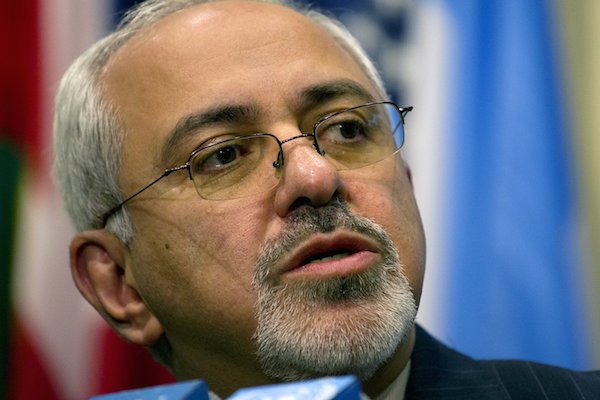 Iranian Foreign Minister Javad Zarif on Sunday criticized a new round of U.S. sanctions over Tehran’s nuclear program. According to Iran’s official IRNA news agency, Zarif said the sanctions were “against the spirit of the Geneva deal” that Iran signed with world powers in November last year as a precursor to a potential comprehensive deal on its nuclear activities.
Western countries suspect Iran’s nuclear ambitions might be focusing on building a nuclear bomb, a claim Tehran strongly denies.
"Iran will respond to this move if it is deemed as necessary," Zarif said, in a joint press conference with his Finnish counterpart Erkki Tuomioja.
Zarif added, however, that the sanctions would not derail ongoing negotiations.
On Friday, the U.S. placed sanctions over 25 corporations and individuals for aiding Iran's nuclear program and circumventing international measures to curb it.
The nuclear talks between the world powers -- dubbed P5+1 -- and Iran started last November in Geneva, resulting in an interim deal that sought to scale back Tehran’s nuclear activities in exchange for mild relief from the economic sanctions that take a toll on Iran’s economy.
The talks are scheduled to continue until November in search of a comprehensive agreement.