Iranian naval officer said a number of warships had been ordered to approach U.S. maritime borders as a response to the stationing of U.S. vessels 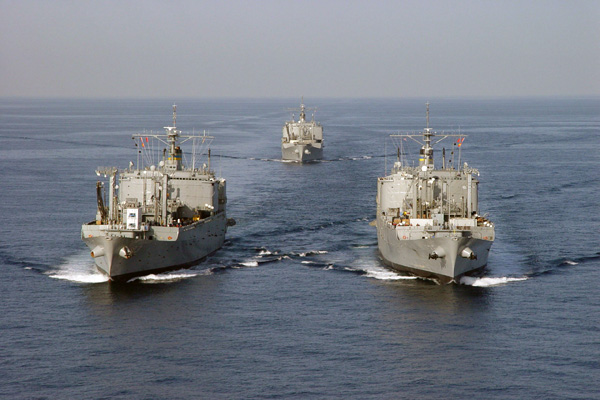 "Iran's military fleet is approaching the United States' maritime borders, and this move has a message," the agency quoted Admiral Afshin Rezayee Haddad as saying.

Haddad, described as commander of the Iranian navy's northern fleet, said the vessels had started their voyage towards the Atlantic Ocean via "waters near South Africa", Fars reported.

Fars said the plan was part of "Iran's response to Washington's beefed up naval presence in the Persian Gulf."

The Fars report, which carried no details of the vessels, could not be confirmed independently.

In Washington, a U.S. defense official, speaking on condition of anonymity, cast doubt on any claims that the Iranian ships were approaching U.S. maritime borders. But the official added that "ships are free to operate in international waters."

The United States and its allies regularly stage naval exercises in the Gulf, saying they want to ensure freedom of navigation in the waterway through which 40 percent of the world's seaborne oil exports passes.

U.S. military facilities in the region include a base for its Fifth Fleet in the Gulf Arab kingdom of Bahrain.

Iran sees the Gulf as its own backyard and believes it has a legitimate interest in expanding its influence there.

Iranian officials have often said Iran could block the Strait of Hormuz, at the mouth of the Gulf, if it came under military attack over its disputed nuclear programme, and the Western war games are seen in the region as an attempt to deter any such move.