Iran's nuclear programme, to start in Geneva on Tuesday, will be the first since the election of President Hassan Rouhani 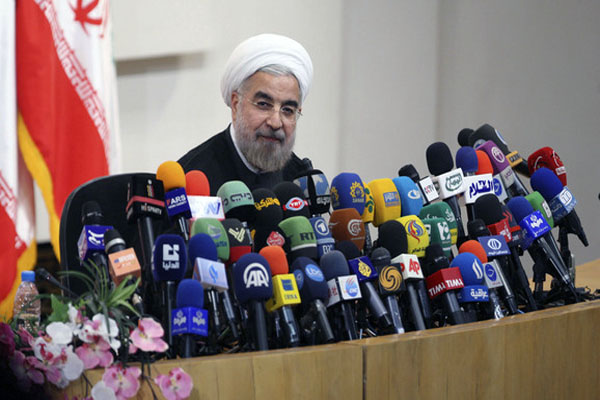 Iranian Foreign Minister and chief nuclear negotiator Mohammad Javad Zarif voiced hope Tehran and world powers can agree in talks this week on a road map towards resolving their nuclear stand-off, but warned the process would be complex. The negotiations about Iran's nuclear programme, to start in Geneva on Tuesday, will be the first since the election of President Hassan Rouhani, a relative moderate who wants to thaw Iran's icy relations with the West to get harsh economic sanctions removed.

"Tomorrow is the start of a difficult and relatively time-consuming way forward. I am hopeful that by Wednesday we can reach agreement on a road map to find a path towards resolution," Zarif said in a message posted on his Facebook account late on Sunday.

"But even with the goodwill of the other side, to reach agreement on details and start implementation will likely require another meeting at ministerial level."

Western nations believe Iran's uranium enrichment programme is an attempt to achieve a nuclear weapons capability, a charge Tehran denies, saying it only wants the master the technology to generate electricity and carry out medical research.

Rouhani's election in June to succeed conservative hardliner Mahmoud Ahmadinejad has raised hopes of a negotiated solution to a decade-old dispute over the programme that could otherwise trigger a new war in the volatile Middle East.

Zarif's deputy, Abbas Araqchi, on Sunday rebuffed the West's demand that Iran send sensitive nuclear material out of the country but signalled flexibility on other aspects of its atomic activities that worry world powers.

Middle East analyst Cliff Kupchan of risk consultancy Eurasia group in an analysis: "We continue to believe that while there is a significant chance of a deal by the end of the second quarter of 2014, an agreement on balance remains improbable.

"Iran will likely offer a new proposal in which it sets out a roadmap, possibly including concessions on medium-enriched uranium in return for sanctions relief," he said. "The U.S. will agree to study the proposal but probably insist on more severe near-term constraints on Iran's nuclear programme."