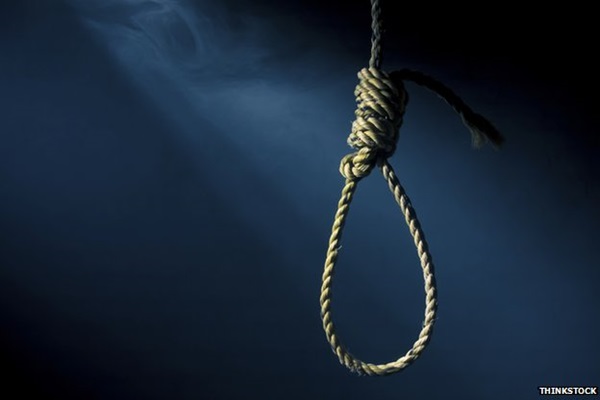 First the empty chair, then the crowd of assembled onlookers, and the noose hanging listlessly. The accused man, Balal, is hauled out, blindfolded, screaming for his life. As he stands beside the noose, the victim's mother slaps him on the cheek. Then she pardons him, sparing his life. Seven years earlier, Balal had killed the woman's son Abdollah in a fight. They were both 17 at the time. This sequence of Tuesday's dramatic scenes of a last-minute pardon was captured in a photo essay (you can see the images here) and by onlookers at the scene. And it's spread like wildfire among Iranians on both Facebook and Twitter. After China, Iran has the highest number of executions of any country in the world, according to Amnesty International. Most are done by hanging, and in many cases, the execution is in public. For murder, Iran uses the qisas system within Islamic law, which roughly equates to an "eye for an eye". Only the family of the victim have the authority to issue a pardon.

Those commenting on social media in Iran are almost universally supportive of the parental pardon, calling it courageous, honourable and moving. Many attribute it to the intervention of a famous TV football presenter, Adel Ferdowsipour. In an unusual move, on a recent edition of his show "90" he called for people to text in support of Balal's pardon. More than one million texts were sent according to the show. Some on social media called for the qisas system to be changed, and for a ban on the death penalty. There's also a high-profile social media campaign at the moment to stop the execution of a 26-year-old woman, Rayhaneh Jabbari, who was due to be hanged on Tuesday for killing a man. She says it was self-defence and that the man was trying to rape her. Almost 140,000 people have signed an online petition, and at least two Facebook pages have been set up in her support. The prominent Iranian film director Asghar Farhadi has urged the family to pardon her, and the United Nations special rapporteur Ahmed Shaheed has called for a re-trial. Reporting by Cordelia Hebblethwaite