A volcano has erupted on the Indonesian island of Sumatra, engulfing villages in hot ash and killing 14 people. 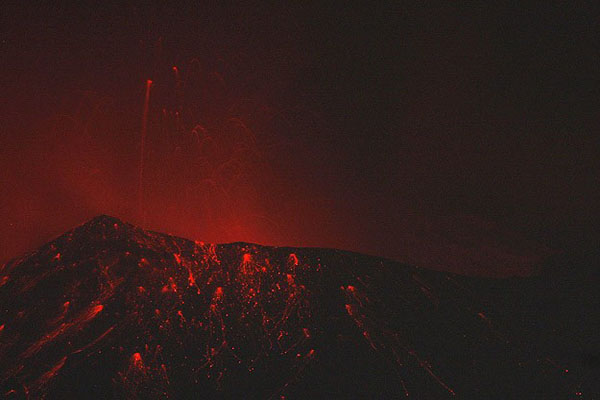 The volcano has becoming increasingly active in recent months, regularly spewing columns of ash several kilometres into the air. The government has evacuated tens of thousands of residents near the area.

"No evacuations could be made at this stage because of the potential for more eruptions," Andi Arief, a presidential staff member, told Reuters.

Sinabung is one of nearly 130 active volcanoes in the world's most populous country, which stands along the "Ring of Fire" volcanic belt around the shores of the Pacific Ocean. When the volcano erupted in 2010, at least two people were killed and 30,000 others were displaced. Before 2010, Sinabung had not erupted in 400 years.

Indonesia's most deadly volcanic eruption in recent years was of Mount Merapi, near the densely populated city of Yogyakarta in central Java. It erupted in late 2010, killing more than 350 people.