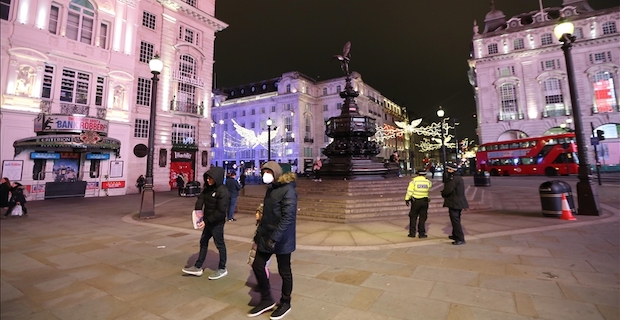 There are growing concerns across the UK that the Indian variant of the coronavirus could introduce a deadly third wave of the pandemic as the highly contagious mutation spreads further across the country.

Over 3,400 infections of the mutation have so far been recorded by Public Health England (PHE), the government agency that monitors the spread of deadly viruses and infections. Cases are mainly concentrated in the northern city of Bolton, however, they are now spreading to the Midlands and the South, including the capital London.

In an effort to contain the spread, the government has launched a rapid testing scheme in Bolton where a 100-strong Surge Rapid Response Team is going door to door to conduct daily tests. 33,000 test kits have also been handed out across the city with more than 3,400 kits being given out in door-to-door visits by public health officials.

The government is also bolstering its vaccine rollout drive in the Midlands and the North where the local populations have been urged to receive a jab. Additionally, enhanced testing and contact tracing has been introduced to track down the variant and prevent it from further spreading.

Also known as B.1.617.2, the Indian variant, according to PHE, could be more transmissible than the Kent variant, the first of its kind that emerged in the UK last year and became the dominant strain in the country. The Indian mutation, however now stands to become the dominant variant should numbers continue to increase at this rate.

A study conducted by PHE on Saturday revealed that the Oxford/AstraZeneca and BioNTech vaccines offer significant protection against the Indian variant of the Coronavirus, raising hopes that an increased vaccination program could curtail its spread.

“Both vaccines were 33% effective against symptomatic disease from B.1.617.2, 3 weeks after the first dose compared to around 50% effectiveness against the B.1.1.7 variant,” the government agency added.

The study took place between April 5 and May 16 and tested all age groups in the UK. Some 1,054 who had contracted the Indian variant were studied and found that both vaccines offered significant protection against the deadly strain. The vaccines also offered even higher levels of effectiveness against other variants.

On Sunday, 2,235 people tested positive for the virus, bringing the total number of infections reported this week to 17,719. This represents an 11.3% increase in comparison to the previous week.

Keywords:
UKBioNTechAstraZenecaIndian Variant
Your comment has been forwarded to the administrator for approval.×
Warning! Will constitute a criminal offense, illegal, threatening, offensive, insulting and swearing, derogatory, defamatory, vulgar, pornographic, indecent, personality rights, damaging or similar nature in the nature of all kinds of financial content, legal, criminal and administrative responsibility for the content of the sender member / members are belong.
Related News