'I want to be a Doctor when I grow up'

Becoming a doctor has always been a dream for Canel Kucuk 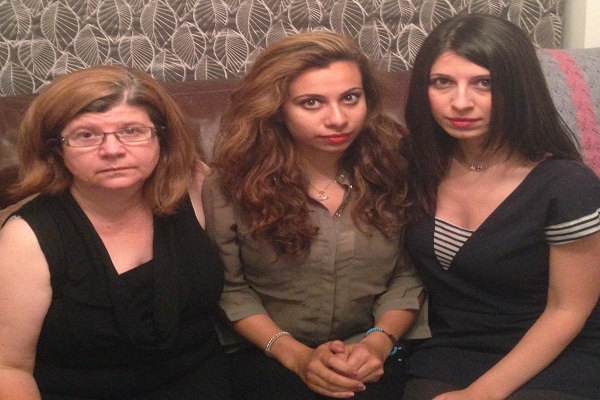 Becoming a doctor has always been a dream for Canel Kucuk, a 21 year-old Turkish Cypriot. Alongside full time studies, Canel participated in community voluntary work including hospice care, mentoring and supporting young adults with learning disabilities. Having recently graduated from The University of Sussex in Brighton with a First Class honours degree in Molecular medicine; the highest grade possible, she looked set to realise her dreams. After a scrupulous selection process, she has been selected from thousands of candidates to study Medicine at Brighton and Sussex Medical School. However, her dreams now look set to come to a crushing end.

As one of three siblings, raised in a low-income, single parent family, Canel now finds herself hitting the glass ceiling that prevents many gifted youngsters from under-privileged backgrounds from realising their true potential. The cost of medical school amounts to £9,000 a year in fees alone, not to mention cost of living and educational materials which see this figure rise to over £15,000 a year. With the removal of postgraduate development loan schemes and a significant lack in funding Canel may now be prevented from taking up her place at Medical School.

Fevzi Hussein, who is a community activist, was approached to facilitate any support which could help Canel and he was instantly touched by the battle that Canel’s single parent family are facing as well as their dogged determination to do good by their gifted daughter. Fevzi said “Canel’s case is not unique. She has shown incredible dedication to learn and gain the highest grades possible as she prepares for medical school. The system does not help under-privileged families and we know that for Turkish Cypriot children they will face similar difficulties around aspirations linked to university studies. Together with the family we are very excited, as this is an opportunity for someone from our community, to do something ethically-speaking which is simply wonderful.”

The family who originally hail from Kilitkaya and Yilmaz Koy are appealing for help. Canel is keen to repay the kindness of individuals who are willing to help her, with repayment of the full original capital invested along with additional interest which will all be subject to a contractual agreement. So today, we see a special appeal launched to help a young Turkish Cypriot lady realise her dreams of becoming a doctor. If you are interested in investing this most worthy cause please contact Fevzi Hussein via email at [email protected]

Canel’s sister Cansu Kucuk added “My sister has supported me during her studies when I was having cancer treatment so I am extremely proud of Canel for coming this far despite many obstacles in her path and so far we have not allowed anything to deter her in her dream of becoming a doctor. We know our community responds well to stories where they can feel proud of a fellow Turkish Cypriot and they can sure to be proud of my sister who is itching to put the latest negative chapter behind her. “

If you would like to contribute to this brilliant cause, remember that you will get your money back with interest (since Canel will be guaranteed employment following successful completion of her studies), send Fevzi an email confirming your contact details. The organisers behind this appeal are hoping that in time a trust can be set-up to help the children in a much more direct and efficient manner than in the situation currently.