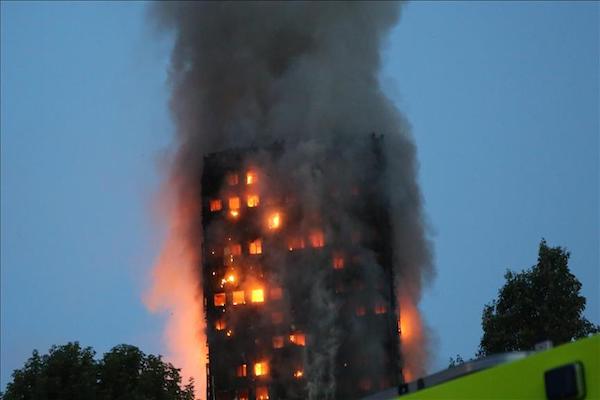 The blaze at Grenfell Tower -- a residential building in the north Kensignton area -- began overnight. London's Ambulance Service said it had taken 30 people to five hospitals. However, it is reported people on higher levels of the building may have been trapped as firefighters tried to tackle the blaze. Mayor of London Sadiq Khan said 40 engines and 200 firefighters were involved in trying to rescue residents and described the fire as a "major incident". The area has been cordoned off and adjacent properties evacuated. The cause of the blaze remains unknown.