Hotel occupancy rate in Turkey slightly up in H1 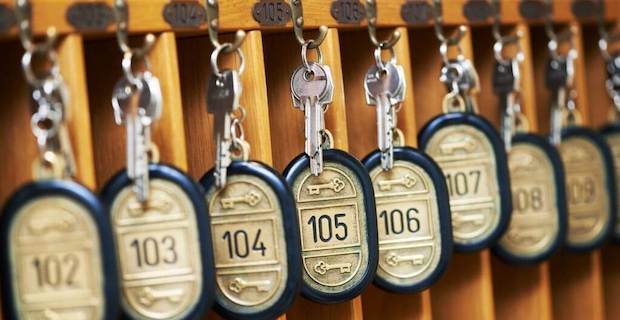 Hotel occupancy rate across Turkey increased 1.1% year-on-year to 63.8% in the first half of the current year, a report said on Wednesday.  Average daily rate for rooms rose 7.7% to €69.8 ($77.8) during the same period, according to Turkish Hotel Association’s (TUROB) report based on a survey conducted by data and analysis company STR Global.

"Despite the rise in figures, Turkey fell behind Europe average," the association said.

It noted that Ireland posted the highest hotel occupancy rate across Europe with 76.1% while Sweden has the highest average daily rate for rooms with €199 ($221.8) in the first half of this year.

According to the latest data from the Culture and Tourism Ministry, the number of foreigners visiting Turkey surged 13.2% on a yearly basis to 18 million in January-June.

The country's tourism revenue reached $12.6 billion during the same period, according to Turkish Statistical Institute.

Keywords:
Hotel OccupancyHotel Occupancy RateHotel
Your comment has been forwarded to the administrator for approval.×
Warning! Will constitute a criminal offense, illegal, threatening, offensive, insulting and swearing, derogatory, defamatory, vulgar, pornographic, indecent, personality rights, damaging or similar nature in the nature of all kinds of financial content, legal, criminal and administrative responsibility for the content of the sender member / members are belong.
Related News