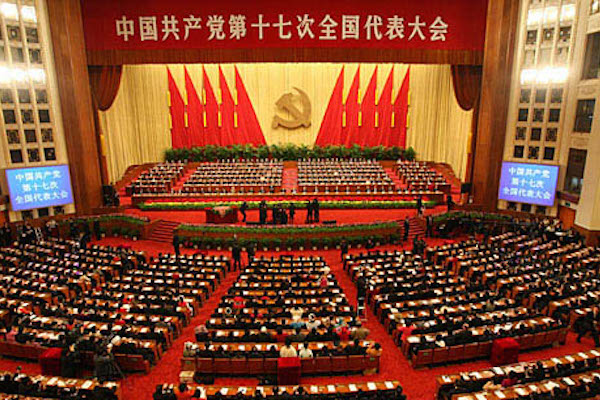 China's National Congress Standing Committee decided on Sunday that candidates for the 2017 Hong Kong elections would be approved by a "broadly representative" committee, official news agency Xinhua reported. Li Fei, deputy general-secretary of the congress, said the committee would consist of 1,200 people and that the voters would be able to choose one of the candidates as Hong Kong's new chief executive. Each candidate must win at least half of the votes by the committee. The decision prompted pro-democracy groups in Hong Kong to call for public protests. They demand a referendum and that the candidates are chosen directly by the people. Describing the protests as "useless," Li said these demands were "an enormous waste of time" for the people in Hong Kong and that these groups "are not after international standards, but their own standards."
Pro-democracy groups condemned the decision as "intensifying conflict in society by darkening the people's hope for change." The groups say the candidates will be pro-Beijing. Hong Kong was handed back to the Chinese authorities in 1997 after being under British control for more than 150 years.