The man who carried out a suicide attack in Manchester was likely to have not acted alone, Home Secretary Amber Rudd says. 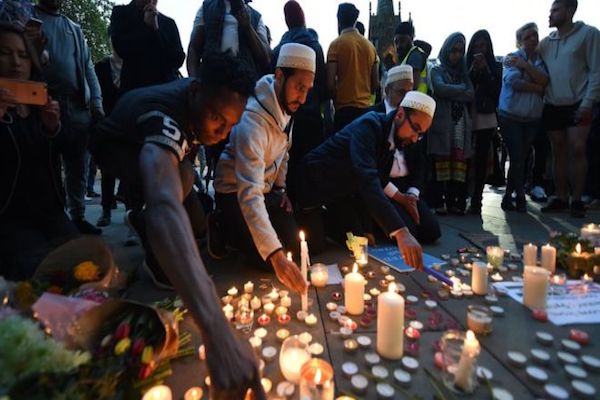 Salman Abedi killed 22 and injured 64 when he blew himself up at the Manchester Arena on Monday night - 20 people are in critical care. The UK terror threat level is now up to its highest level of "critical", meaning more attacks may be imminent. It means military personnel will now be deployed to protect key sites. Four of the victims are known to be eight-year-old Saffie Rose Rousses, Olivia Campbell, 15, John Atkinson, 28, and Georgina Callander - thought to be 18. According to Reuters, the Polish foreign minister has said that two Polish people who went missing after the attack are among those killed. Mrs Rudd said the attack was a "devastating occasion". "It was more sophisticated than some of the attacks we've seen before, and it seems likely - possible - that he wasn't doing this on his own," she added.