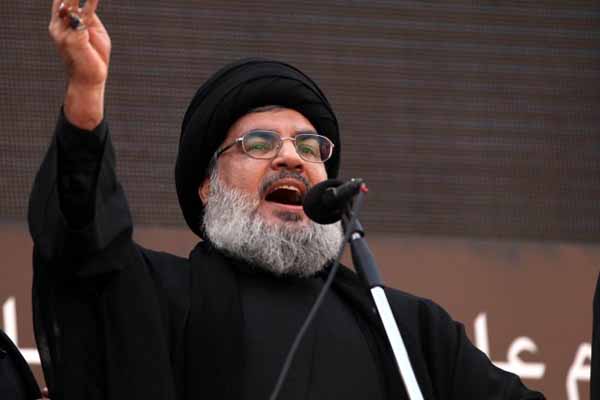 Lebanese Shia Hezbollah group hailed what it termed as a "major victory" of the Palestinian people in the Gaza Strip following an Egyptian-brokered ceasefire deal with Israel brought a weeks-long Israeli offensive to an indefinite halt. "This achievement [ceasefire deal] recorded in the history of the conflict with the Zionist history would serve as a prelude to more major victories," the group said in a statement late Tuesday. It also paid tribute to the "courageous Palestinian factions, families of the martyrs, and the [Palestinian] prisoners for the major victory that saw [the Palestinians] imposing a ceasefire and forcing the enemy to meet the demands of the factions." The group also praised the countries that, the statement said, helped secure some of the Palestinian demands in the deal. The release, however, did not name the countries that it referred to. Meanwhile, Palestinians in refugee camps across the country took to the streets to celebrate the deal, which they hailed as a win for the Palestinian resistance.

Marches were also held in Beirut and Tyre in support of the Palestinian people and in celebration of the Gaza ceasefire.

The Egyptian-brokered ceasefire went into effect on Tuesday, bringing to a halt 51 days of relentless Israeli attacks on the blockaded coastal enclave.

Egyptian Foreign Minister Sameh Shoukry said the deal called for the opening of all border crossings between the Gaza Strip and Israel, which would effectively signal the end of Israel's years-long embargo of the coastal enclave.

The ceasefire formally came into effect at 16:00 GMT Tuesday.

For the past eight weeks, Israel has pounded the Gaza Strip with the declared aim of halting rocket fire from the Palestinian territory.

Since hostilities first erupted on June 7, at least 2145 Palestinians, mostly civilians, have been killed and nearly 11,000 injured, according to the Palestinian Health Ministry.

Thousands of homes have also been partially or completely destroyed by devastating Israeli bombardments.

Over the same period, at least 69 Israelis – 64 soldiers and five civilians – have been killed, according to Israeli figures.

The number of Palestinian fatalities from Israel's current offensive has surpassed the combined death toll from two previous operations against Gaza, including Israel's bloody "Operation Cast Lead" in 2008/09 in which at least 1500 Palestinians were killed over the course of three weeks.