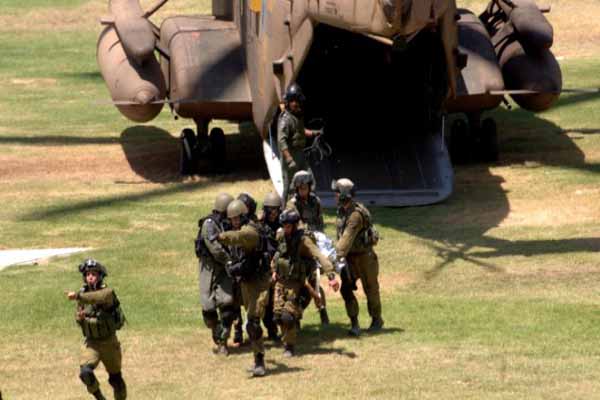 GAZA CITY (AA) – The Ezzeddin al-Qassam Brigades, the military arm of the Palestinian resistance movement Hamas, on Monday said that it had killed two Israeli soldiers during clashes in the northern Gaza Strip. "The clashes erupted after Israeli forces razed farmlands in the eastern side of Jabalia city," the brigades said in a statement, noting that it had killed two Israeli troops in the battle. It said its fighters fired three mortar shells at advancing Israeli troops and clashed with them, using heavy weapons. The Israeli army has yet to comment on this statement. Earlier on Monday, Qassam Brigades claimed that its fighters had killed a total of 91 Israeli troops since the beginning of Israel's current offensive on the Gaza Strip on July 7. Israeli authorities say, however, that only 43 troops were killed in Gaza combat, while three civilians were killed by rockets fired on Israel from the Gaza Strip. At least 1045 Palestinians have been killed and more than 6235 others injured in relentless Israeli attacks on Gaza so far, according to the Palestinian Health Ministry. The Israeli offensive – codenamed "Protective Edge" - is the self-proclaimed Jewish state's third major offensive against the densely populated Gaza Strip - home to 1.8 million Palestinians - within the last six years.
By Ola Attalah