Greg Plitt who was killed by a train on Saturday

He lived every day as if it was his last. We've all seen the videos of him doing the crazy stuff that he does. Just so motivational." He said that in a way, Greg Plitt was already "living the legacy that he now going to leave.": Greg P 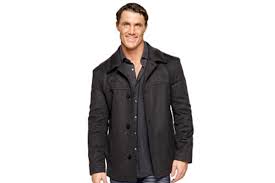 Fitness model Jamie Eason was one of the first to pay tribute, saying: "I am in disbelief and heart broken to hear of Greg Plitt's passing today. He was always someone who would go the extra mile for his friends and he loved the fitness industry like no other! "Greg had so many great things going on in his life right now, so to have his life end so quickly, hit by a train as he was filming a spot for his protein shake, is just gut wrenching! "We are praying for everyone you have left behind. There will be a void in the fitness industry and the whole world without you."British model Louise Glover tweeted: "RIP @GregPlitt such an inspirational and motivational man who will be greatly missed." And celebrity personal trainer Russ Howe added: "R.I.P. Greg Plitt. One of the most awesome people the fitness industry has ever known." A British fan has posted a touching tribute video online in memory of his hero Greg Plitt, who was killed by a train on Saturday. Fitness instructor, actor and former Calvin Klein model Plitt was struck and killed by a Metrolink train in LA. One friend says he was filming an advert for a protein shake at the time. Speaking directly to camera, Ben Alderton - a fitness model who has his own YouTube channel - said: "[Greg] was an absolute idol to many of us.

"He lived every day as if it was his last. We've all seen the videos of him doing the crazy stuff that he does. Just so motivational." He said that in a way, Greg Plitt was already "living the legacy that he now going to leave.": Greg Plitt's ex Katie Clearly pays tribute to star just months after her husband committed suicide. Anyone who watched his videos would just be so intrigued by his aura," he said. "It's a huge loss to the fitness industry."Harking back to the motivational speeches Greg Plitt was famous for, Ben said: "Live every day as if it was your last, because it could be." Plitt was a renowned fitness instructor who had recently appeared in a reality show on Bravo called "Work Out", and is due to feature in a new reality series called "Friends to Lovers" later this month.

He had also acted in a number of Hollywood films, with roles alongside Robert DeNiro and Matt Damon in The Good Shepherd, and he was cast in Terminator 4 alongside Christian Bale. He was also a body double in superhero movie Watchmen.

Recap on tributes to Greg from friends and fans

A Metrolink passenger, Victor Crowell, told news station KABC: "He had on all black. The train went by. I saw him stumble over the tracks. He had a camcorder in his hand." Police said he was with a group of friends at the time of the tragedy at 4.10pm on Saturday, who will now be interviewed about what happened.

Just a month before he died, he posted an Instagram video asking fans "Will you be remembered?". Many people have been expressing disbelief online about Greg's death, describing him as a "fitness legend".