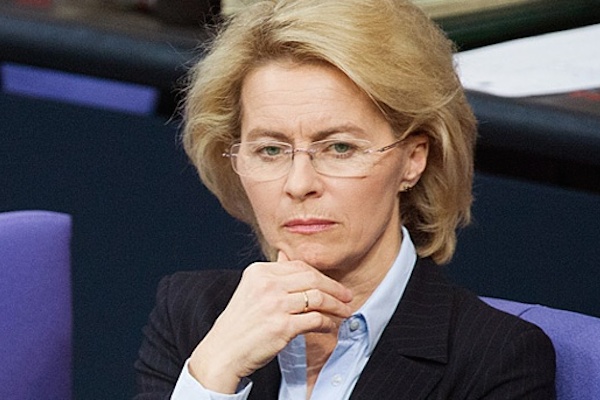 Germany will help arm Kurdish forces fighting Islamic State insurgents in Iraq, the Germany Defense Ministry announced on Sunday. Defense Minister Ursula von der Leyen said that the military supplies would be delivered to the Iraqi Kurdish Regional Government in September. The first phase of the aid will supply arms for more than 4,000 Peshmerga forces. The weapons and equipment to be delivered include 4,000 G3 rifles, one million rounds, 4,000 P1-type pistols, 500,000 bullets, 20 Milan anti-tank systems, 300 anti-tank missiles, 100 bazookas, 5,000 grenades, and 50 military vehicles. Late Sunday, Germany's federal parliament held a meeting under the chairmanship of Chancellor Angela Merkel to debate the government’s plans to supply arms to Iraqi Kurds. The government reaffirmed that Germany must help them in the fight against the Islamic State. The German government has sent 50 million euros ($65.6 million) in humanitarian aid to the region so far. IS has driven an estimated 1.2 million Iraqis from their homes in a humanitarian crisis that is engulfing the area. The U.S. has conducted dozens of airstrikes on IS forces since August 7.