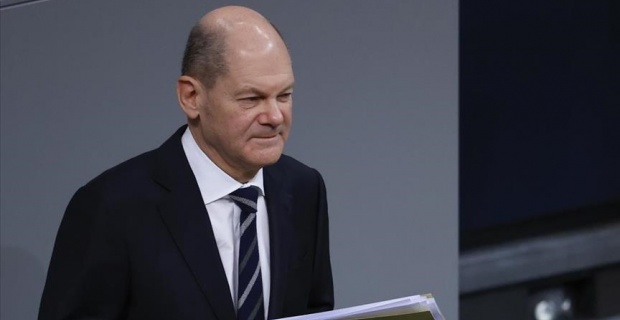 German Chancellor Olaf Scholz warned Russia on Wednesday that it would pay a “high price” if it attempts to invade Ukraine. In his first address to the parliament after being sworn in as Germany’s new chancellor, Scholz said European states are united in support of Ukraine’s sovereignty and territorial integrity. “We are following the security situation on the Russian-Ukrainian border with great concern,” he told lawmakers and said he will travel to Brussels later Wednesday to join other EU leaders to discuss the latest developments in the region.

“Any violation of territorial integrity will have a price, a high price. And here we will speak with one voice with our European partners and our transatlantic allies,” he added.

The Social Democrat politician called on Russia to refrain from escalatory actions and reiterated that European countries are ready for a “constructive dialogue” with Moscow.

Russia has recently amassed tens of thousands of troops near Ukraine’s border. The move has prompted concerns among European states that Russia could be planning another military offensive against its ex-Soviet neighbor.

Moscow repeatedly said that it has “no plans to invade or attack anyone” but also expressed concern about the prospect of a full-blown conflict in eastern Ukraine.

Germany and its European allies are accusing Russia of trying to destabilize the country by providing military support to the separatist forces in Ukraine’s eastern regions.

Keywords:
GermanyRussiaUkraineOlaf Scholz
Your comment has been forwarded to the administrator for approval.×
Warning! Will constitute a criminal offense, illegal, threatening, offensive, insulting and swearing, derogatory, defamatory, vulgar, pornographic, indecent, personality rights, damaging or similar nature in the nature of all kinds of financial content, legal, criminal and administrative responsibility for the content of the sender member / members are belong.
Related News